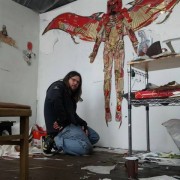 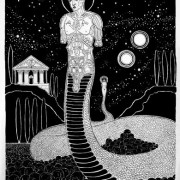 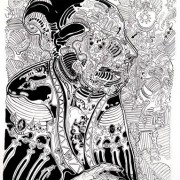 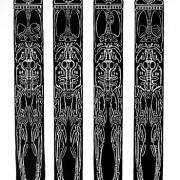 Marek Danielewski was born in Warsaw, Poland. He moved to Sweden as a young child during the 1980s. After a short return to Poland, he came to the US around 1994 where he lived in Huntington Valley and later Philadelphia.

How was your art selected for the Natural Selection movie?

A friend of mine, a fellow artist, Danielle Payne, contacted me saying she was involved in this project, and that they needed artwork in their movie. So I sent over a few images to the film production designer, Eileen Dennehy. She came to my home, looked thru my inks and took about 8 pieces she felt worked best for the film.

What is Natural Selection about?

The movie is a drama, about a high school senior, the people around him, his influences- all this leads him to a horrible reaction to his circumstances. The purpose of the film is to bring attention to troubled “students” but not just them, the environment that creates and enables, drives them to these behaviors and reactions.

Were you surprised that your art, which is dark, was chosen for a movie of this nature?

Yes, in the beginning I was a little surprised. Once Eileen explained the premise of the film to me in more detail, which I’m not going to get into- go see the movie- the use of my artwork made sense. They’re archetypes, a sort of visualized frequency at which a mind operates.

What makes your art dark?

I think it could be a subconscious reaction to the general sense of angst that fills my life. Which funny enough, I feel starts in high school. But I’ve always been attracted to this type of imagery. I think for people who are into art its great, it allows them to express their emotional needs, a demons for that matter. For me as a teenager art was, and still is a form of therapy. I took art classes in high school, and that was the only time I really enjoyed being around people. These people had similar interest as me.

Is “being dark” something permanent or will your art change eventually?

Yes, my current work has already become a tiny but lighter. I reintroduced color which is a lot of fun. There was a time of about 3-4 years when I literally decided that there would be as little color as possible, if any in the work. I did only very graphic black and white inks. It was from this collection that Eileen chose for the film. But strangely enough I felt that experience really taught me about color.

Images. Films. Madness. Music. Artists like Beksinski, Geiger, Moebius, Fellini. The first two especially when I was younger. I just found their work to be so beautiful, stunning. It’s an urge to make art, I have to do it.

In reading about the film the main character seems to be a bit of an outcast, were you?   Do you feel that is an influence in your work now?

Yes, I was an outcast. Not a willing one, there is a difference. I think I have always lived in a slightly different reality than my peers. I took art, in all forms- movies music, fine art- very seriously as a kid. For example in high school, we had to wear uniforms, an all boy catholic school. We had a “dress down day” or could wear what ever we wanted for one day. The goths wore black, the jocks wore sport jerseys and so on. I, inspired by the style of the movie Akira, wore red jeans and a polo shirt.

What are you currently working on?

I am finishing up a project now that was a collaboration with a local band, Starwood. It’s called “God of Drones”. Its a symbolist image. I was looking a lot at both Dore´ (Divine Comedy) and Japanese Gundam series. It’s an archetype, a god of war.- like Mars.

You mentioned you took art classes, would you ever teach art?

Not high school. But yes, people college level. I think I could contribute something there. When I took my Masters I paid a lot of attention to the style and approach my professors used. Art in high school is just very limited. There are no live models, or casts, it’s very restricted. And maybe it should be, but it’s not the right environment for me.

Natural Selection movie website: Natural Selection is a timely drama set mostly in a PA high school, with a young cast of Disney Channel and MTV stars, including Mason Dye, Kat McNamara, and Anthony Michael Hall. The film is produced by Modoc Springs, an Elverson, PA based company whose last feature, The Suspect, (IMDB page), is currently available OnDemand and Netflix and in retail stores both domestically and internationally.

The first screening of the film will be April 22nd at 7:15 at the R/C Reading Movies and IMAX.

This screening was just announced so I believe ticketing info is still being worked out, but further information can be found at the websites: 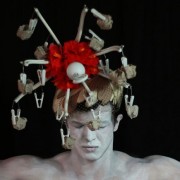 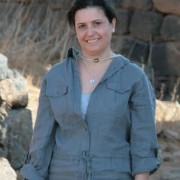 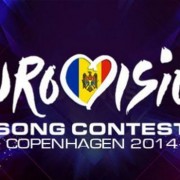 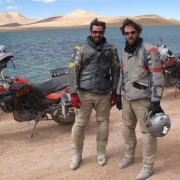 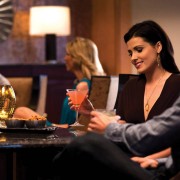 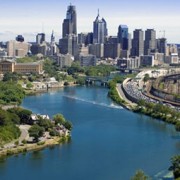 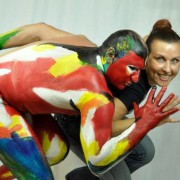