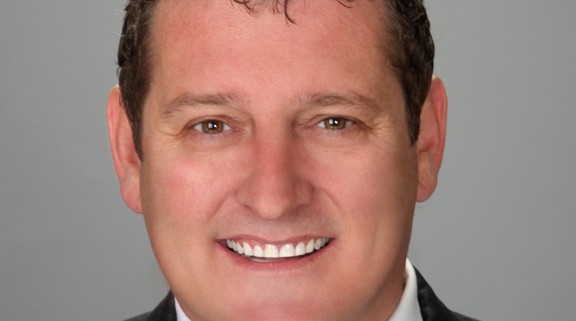 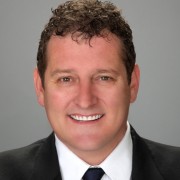 Tell us about yourself- who are you and what would be the short story of your life?

My name is Christian Bissing and I was born in St.Louis, Mo and moved as a child to the Grand-Duchy of Luxembourg, where I aquired my international education. I am a graduate of the prestigious Lycee Michel Rodange in Luxembourg and went to college in the United States.

I speak several languages as a native language: English, French, German, Danish, Luxemburgish. He is fluent in Spanish and am studying Italian and Russian as a hobby. Through my upbringing and the fact that I have travelled to over 70 countries in the world, I have a deep understanding in different cultures and their needs.

I have lived in Arizona since 1991 and have a extensive knowledge of Arizona through his past businesses.
I am married to Julie Gauthier-Bissing who has two children. We ( who is from Quebec City, Canada) work as a husband and wife team in assuring that all our clients receive the best possible service during their real estate experience.

I have had several business, from fashion photography production, Tour Operator, owner of Perfume an cosmetics stores and since 2004 a successful Realtor in the Phoenix metropolitan area serving national as well as International clients. What I love most about Phoenix is its cultural diversity, climate and beauty of the area.

If someone asked you what I should NOT miss while in Phoenix/Arizona, what would reply? And what I really SHOULD miss….

An extensive visit of the city and it’s surrounding beautiful deserts, do not try public transportation, not effective.

Anything truly memorable that has happened to you since you have lived in Phoenix What really annoys you about Phoenix– or maybe nothing does?

I got married in phoenix. Phoenix drivers are not the best.

What do you miss most from your country Luxembourg…in addition to the family and friends? When you think about misconceptions we all have about cities/people/countries – what do you think you misjudged about USA/Arizona and what is what people usually misjudge about Luxembourg?

I miss most the culture and the fact that I could go everywhere and meet somebody I knew as Luxembourg is small.

I think many Europeans have no idea how great the USA is, they have a very biased and wrong Idea of the States. The judge the States by its politics and not by the country and population itself. The USA is a very friendly, diverse and country of opportunities, much more that Europe in General.
People from all over the world don’t tend to know much about Luxembourg here, in fact unless you have a bank account there, most people here have never heard of it.

Do you have a favorite Phoenix/area restaurant? Why….what is the good and bad about restaurant culture in your opinion in Phoenix..or the life style in general Who are the most famous Luxembourg people…when I think Luxembourg I think Villeroy & Bosch, but can not easily recall any famous person though I am sure I’d know a name if you said some names!!

Yes , Fogo de Chao, Brazilian reastaurant, I guess a very man oriented restaurant, loooots of meat ! J Restaurants are great in Phoenix, it is a metroploitain area of over 4 million, so lots of great restaurants. A bad thing is that is most neighborhoods people do not communicate with each other, you can live next to somebody for years and never speak to them. One cultural American custom I cannot digest, still after all these years is the fact than when you throw a party,people come, eat, have a couple of drinks and then excuse themselves , and even sometimes say they have another party to go to. If you would do this in Luxembourg, you would be never invited again, the host would be offended, but here it seems to be customary.

Famous Luxembourgers: well there is the Grand Duke Henri of course, Andy Schleck the bicyclist, Henri Tudor the inventor of the lead battery, Desiree Nosbush ( Actress) Victor Hugo lived a long time in Luxembourg, and there are others..

Where and how would you live if not Phoenix if money is not an obstacle? I heard the real estate market is kind of difficult there. How expensive is it to rent or buy….and what are your favorite areas??

As a Realtor I can tell you the real estate market has rebounded and is healthy again. We had a severe real estate crash in 2007, but since we are a tourist destination, and a very large job destination with the huge variety of Industries unlike Las Vegas , Florida and parts of California, we have rebounded quite well. Everywhere we see new building going on.
Where would I live? probably Arcadia, Paradise Valley or North Scottsdale.

How expensive to rent or buy, really depends on where you are in the greater Phoenix area, A 2000 ft home with pool will sell between $150,000 and $500,000 and up depending on the neighborhood. Rent might go from 750 to 2500 and up a month. Its really hard to say. Generally the further out of te center you go, the less expensive it becomes

What do you think about the cost of living in Luxembourg vs Phoenix– and the standard of life and life style? If you could change something about Phoenix– what would it be?

The cost of living is way higher in Luxembourg. The standard of living generally much better here.

What would I change? Work on developing more the urban centers, they have done a good job in the last years, but there is much more room for improvement 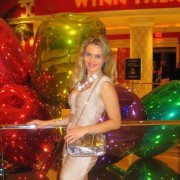 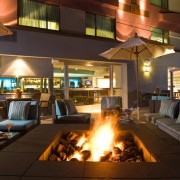