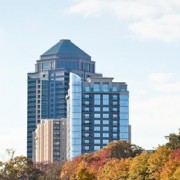 Please join us   for our first 2020 EuroCircle get-together (Wednesday, January 8th) . We will meet at the brand new restaurant & bar PASHA located at Miami Circle, start time 7:00pm until. Official invite to follow Salutations and to all a great weekend! 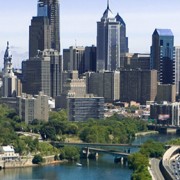 Bubbly, DJ, and your European friends! Put on your dancing shoes and your hottest ensemble, and join Eurocircle for it’s annual holiday party.

Samer Allabadi: Jordan (though he is 4% European according to 23andMe 😊). Sam is a Director at Capgemini. When he is not working, or watching sports or the news, he is either travelling, cooking or organizing dance parties.

Jennifer Wynman: South Korea, owner of “Jenn’s Kitchen.“ She loves to plan catering events because she get to interact with guests and design perfect tables for the perfect meal.

Bridget O-Brien: Boston, Massachusetts. She is off Irish, Dutch, and Czech ancestry. Her work as a Senior Project Manager for E.B. Mahoney Builders affords her the opportunity to travel the world helping make her clients’ dream homes come to life. She has lived in Philly for the past 5 years, but has previously lived in South Africa, Italy, and Ireland.

Mystery Host: Not telling where s/he is from, but s/he is flying in from far away to bring EC peeps some goodies.

Drink Specials: on wine, prosecco and beer until 9:30
Discounts on bar menu and snacks until 8:30
Featured Cocktail: The Eurotini

Meet us at the last EuroCircle Event this year at the TELLER BAR inside of the Renaissance Hotel Downtown Denver!
Wear your ugliest sweater and enjoy some drinks with us 🙂 Happy to close out the year with each one of you!
See you there!
Cheers!

Details to be added
No Cover with RSVP

Hello everyone: Our November EuroCircle get-together will take place TONIGHT on Wednesday, Nov 6th .Mark your calendars and invite your international & like-minded friends.

BRING A FRIEND – we only work word by mouth, no paid ads. Please pass the invitation to your European friends and colleagues – or share it in your country groups (Sweden, Denmark, Lithuania, Poland, Germany etc) in Atlanta.

PAPARAZZI needed…even if you have a great camera on your mobile, please snap a few photos and send to atlanta@eurocircle.com (website / facebook)! Check out EuroCircle event at Facebook

Look forward seeing you all TONIGHT

MORE PHOTOS from previous events are at EuroCircle Atlanta Page

I can’t believe December is already here. We are celebrating Holiday get-together on Dec 11th (second Wednesday instead of our usual first Wednesday of the month).
We will meet at THREE SHEETS in Sandy Springs, start time 7:00pm until. This venue has always been good to us and once again they have opened the doors for us to celebrate our monthly gathering. We will be in the main building (patio upstairs is closed for the winter) so please invite your international & like-minded friends and join us next week for our end of year Eurocircle celebration. Parking is plentiful and free and we will also have complimentary appetizers on hand.

The Coconut Club, a new rooftop bar and dance club from former Cheer Up Charlies employees Cole Evans and Brian Almaraz, will open this December 2019 in the space previously occupied by Moonfire Lounge.

EuroCircle PopUp event – brand-new Basque Style venue opened
This is a very casual popup event, no reservations can be made at this brand new venue just opened. I want to check it out so I am going there on Friday at 5.30 pm (Unless works is on my way)
Happy hour ends at 6 pm
It is at the new Proper Hotel/Residences across the entrance from 365 condos
Who knows – maybe I will the only one going but – who ever is around…join me. This is not an “official” eurocircle event – that will be the Dec 12 HOLIDAY PARTY!

On deck will be pintxos (small snacks from northern Spain), which will be displayed at the bar, as well as smaller shared plates. This includes sliced jamón ibérico (Spanish cured ham), preserved seafood, and Basque burnt cheesecake.

As for drinks, there will be the porrón, a wine pitcher which is meant to be poured straight into a person’s mouth from the air, as well as cocktails and wine. The name of the bar refers to a drink from Spain where red wine and cola soda are mixed together (that cocktail will be served on the menu under the name “Tinto de Verano”).

Overseeing Kalimotxo’s drinks are bar manager Brett Esler (who is most known for his longtime work at notable East Austin bar Whisler’s, which he left in October), and general manager Alicia Schmidt (who develops the restaurant -Emmer & Rye – group’s stellar wine lists).
https://kalimotxoatx.com/food-menu

Kalimotxo will feature a stand-up bar, indoor seating, and an outdoor patio, which will be dog-friendly.
The bar’s hours will be from 4 p.m. to midnight Tuesday through Thursday, 4 p.m. to 1 a.m. Friday, noon to 1 a.m. Saturday, and noon to midnight on Sunday.

Kalimotxo’s neighboring sibling restaurant Hestia is set to open next month on Saturday, December 7, with a focus on live-fire cooking and global influences.

Put on your fancy pants and join us as we celebrate this winter holiday in style. It’s also another opportunity to build fellowship and share our appreciation for each other.

Please bring a gift ($15.00 limit) if you’d like to participate in the white elephant gift exchange game.

All friends are welcome!
So excited to see you there!

Join us for some drinks at the gorgeous Le Meridien Lobby Bar before heading out to the next Halloween Party! Costumes are desired but not required! Our last Halloween Warm Up Event was amazing, so make sure you join us for this one! Che