CO-HOSTED by the following ESTONIAN and HUNGARIAN organizations:

RSVP requested by 4.30 pm on Jan 10, otherwise $10 fee at the door. Non-members please send an email to newyork(at)eurocircle.com with your name/country of origin (names for all your guests, me + 3 guests is not acceptable).

Complimentary appetizers during the cocktail hour!!!

Lounge menu available for dinner and let us assure, they have GREAT food
AZZA LOUNGE MENU FOR DINNER:

Marinated olives and spiced almonds $5 and $8
Hummus with pita bread $6 and $9
Falafel with harissa aioli $7 and $10
Grilled merguez with mustard and
red pepper dip $8 and $11
Savory cigars, goat cheese and spinach $7 and $10
Baby carrot salad with mango $7 and $10
Cucumber salad with cinnamon and watercress $7 and $10
Chicken briouats with almonds and sweet onion $7 and $10
Crispy calamari with chermoula dip $7 and $10
Eggplant fritters with spiced yogurt $9 and $12
Baby octopus with lemon and mint $11 and $14
Grilled Lamb Sliders, Cucumber and Tomato $11and $14
French Fries with citrus mayonnaise $7 and $10
Vegetarian cheese Panini $11 and $14
Azza Panini $11 and $14

Back to the 70s and when disco started!! 1975 was the year when disco really took off, with hit songs like The Hustle and Donna Summers Love To Love You Baby reaching the mainstream. Disco’s popularity peaked in the so-called Disco era of 1977 – 1980, driven in part by the 1977 classic film Saturday Night Fever and the unforgettable John Travolta in his white suit. Dalida (France), Boney M (Germany), Abba (Sweden), Baccara, Spagna, Martinelli, Novecento, Alla Pugachova (most famous Russian singer),Valery Leontiev…those were the times.
Elements of disco music appear on records from the early 1970s such as the 1971 theme from the film Shaft by Isaac Hayes (Jones and Kantonen, 1999). In general it can be said that first disco songs were released in 1973, however many consider Manu Dibango’s 1972 Soul Makossa the first disco record (Jones and Kantonen, 1999). Initially, most disco songs catered to a nightclub/dancing audience only, rather than general audiences such as radio listeners, but there are many aspects proving opposite tendencies as well; popular radio-hits were being played in discotheques, as long as they had an easy to follow rhythmic base-pattern close to 120 BPM (beats per minute). Most 70′s Disco genre songs had a distinctive four/four bass beat.

Disco also gave rise to an increased popularity of line dancing and other partly pre-choreographed dances; many line dances can be seen in films such as Saturday Night Fever, which also features the Hustle.

In 1975, the pop star Dalida was the first to make disco music in France with her song Jattendrai which was a big hit there as well as in Canada and Japan in 1976. Many other European artists also recorded disco music; in Germany, Frank Farian formed a disco band by the name Boney M around 1975. They had a string of number one hits in a few European countries which continued into the early 1980s, with songs such as Daddy Cool, Brown Girl in the Ring and By the Rivers of Babylon.

What is EuroCircle?
EuroCircle is an informal forum for European professionals & Europhiles – married or single – with over 50,000 worldwide members with 12,000 + NY-Based members. It has no political, religious, or ethnic affiliations. EuroCircle.com is a place where you can exchange ideas, tips, professional contacts, make friends and more. You can meet people offline at local events, online through the membership features or via the forums. EuroCircle has many Circles worldwide from London to Los Angeles, from Munich to Madrid.

SPECIAL EUROPEAN EVENTS SERIES
Jan 17 some of us will celebrate SARAR Boutique’s Grand opening at Madison & 46th Streer at 6 pm to 9 pm. Let Kaisa at newyork(at)eurocircle.com know if you’d like to join them (by 1/8) 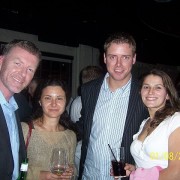 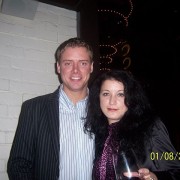 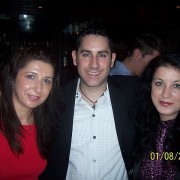 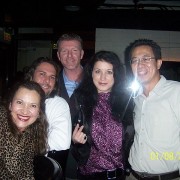 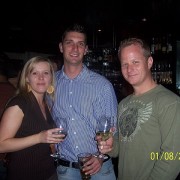 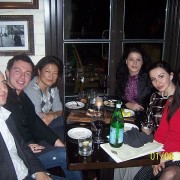 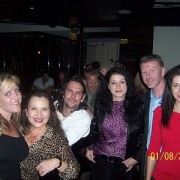 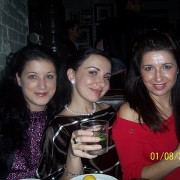 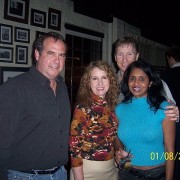 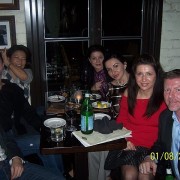 Join us for the first event of the year to celebrate the start of the New Year 2008!

Tell your friends as well!

SPECIAL LIVE PERFORMANCES BY SOME OF OUR HOSTS:
Turkish guitarist Cem Duruöz will play one or two pieces from his upcoming Carnegie Hall concert “Guitar in Turkey” on May 4th. Living in the US for the last 18 years, Cem has performed in four continents, released 3 CDs and is on the guitar faculty at Wesleyan University in CT.

NOTES:
– A raffle, for two free tickets to Cem’s May 4th concert at Carnegie Hall
– Tickets for the concert for sale (Cem has some in his possession)
– His CDs offered for sale especially the tango CD and few of his Baroque CDs just in case.
– Sinem may also sing a song or two

NO COVER from anyone, everyone is welcome. However, we would GREATLY appreciate your RSVP for staffing purposes/passed hors d’ouvres

Celebrate all APRIL babies among us!

TRIBUTE TO SOUL & RHYTM and BLUES music
Soul music is a music genre that combines rhythm and blues and gospel music, originating in the United States.

Sam Cooke, Nina Simone, Jackie Wilson, and Etta James were early popular stars of the music genre, and other soul forerunners include: Mahalia Jackson, Louis Jordan, Louis Prima, and Big Joe Turner. Some of the earliest soul artists included Ray Charles, Little Richard, Fats Domino and James Brown, although all were happy to call themselves rock and roll performers at the time. During the 1960s Beatles boom, both Charles and Brown claimed that they had always really been R&B singers. Little Richard proclaimed himself the “king of rockin’ and rollin’, rhythm and blues soulin’”, because his music embodied elements of all three, and because he inspired artists in all three genres. Solomon Burke’s early recordings for Atlantic Records codified the soul style, and his early 1960s songs “Cry to Me”, “Just Out of Reach” and “Down in the Valley” are considered classics of the genre

Motown Records also contributed to the soul canon, although at the time, the Detroit-based label described itself as a manufacturer of pop music. Music by Motown artists such as Stevie Wonder, Gladys Knight, and Marvin Gaye did much to popularise the style, and the overall Motown sound did much to define what later became known as northern soul. In Chicago, Curtis Mayfield created the sweet soul sound that later earned him a reputation as the Godfather of northern soul. As a member of The Impressions, Mayfield infused a call and response style of group singing that resembled the gospel style, and influenced many other groups of the era.

By 1968, the soul music movement had begun to splinter, as James Brown and Sly & the Family Stone began to evolve both soul and rhythm and blues into other forms. Guralnick argues that, “More than anything else, though, what seems to me to have brought the era of soul to a grinding, unsettling halt was the death of Martin Luther King in April of 1968.”

More versatile groups like War, the Commodores and Earth, Wind and Fire became popular around this time. During the 1970s, some slick and commercial blue-eyed soul acts like Philadelphia’s Hall & Oates and Oakland’s Tower of Power achieved mainstream success, as did a new generation of street-corner harmony or city-soul groups like The Delfonics and Howard University’s Unifics.

By the end of the 1970s, disco and funk were dominating the charts. Philly soul and most other soul genres were dominated by disco-inflected tracks. During this period, groups like The O’Jays and The Spinners continued to turn out hits.

Starting in the 1980s, soul music from the United Kingdom become popular worldwide, with artists such as Joss Stone, Soul To Soul, Loose Ends, Imagination, Mica Paris and Sade.

Smell-o-vision: In 1965, the BBC purported to conduct a trial of a new technology allowing the transmission of odor over the airwaves to all viewers. Many viewers reportedly contacted the BBC to report the trial’s success. This hoax was also conducted by the Seven Network in Australia in 2005. In 2007, the BBC website repeated an online version of the hoax.

Taco Liberty Bell: In 1996, Taco Bell took out a full-page advertisement in The New York Times announcing that they had purchased the Liberty Bell to “reduce the country’s debt” and renamed it the “Taco Liberty Bell.” When asked about the sale, White House press secretary Mike McCurry replied tongue-in-cheek that the Lincoln Memorial had also been sold and would henceforth be known as the Ford Lincoln Mercury Memorial.

Left Handed Whoppers: In 1998, Burger King ran an ad in USA Today, saying that people could get a Whopper for left-handed people whose condiments were designed to drip out of the right side. Not only did customers order the new burgers, but some specifically requested the “old”, right-handed burger.

Please join us as we kick off another great year of fun events, mixing and meeting with Chicago’s coolest and best int’l crowd, and of course, just good ol’ fun at our first event of 2008 at FLATWATER!

Flatwater is a beautiful and intimate lounge located right on the Chicago river- unfortunately it’ll be too cold to enjoy the amazing outdoor patio as we did last time we had an event here, but with the crazy weather lately, you never know!

We’ll be featuring complimentary passed appetizers from 8 to 9 pm, as well as $5 Peroni Beers, and $8 Imperia Russian Vodka drinks!