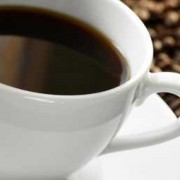 I have followed with a great interest when Starbucks is going to try to take over Finland. Mind you, I actually don’t want them to go there as I think Finns can open nicer coffee shops themselves. The reason why I am so interested in this is because on a per person basis Finnish people drink the most coffee. It drives me crazy when Americans seem to think it must be the USA because of Starbucks. Someone just told me Starbucks opened at least one shop at the Helsinki-Vantaa airport in April 2012 – and expect to open several in the next 2 years.

It is part of Finnish culture drink coffee (or tea in some cases) quite a few times during the day – and many people like my mother always have the afternoon coffee break and evening coffee break. The USA leads the world in coffee consumption only in one regard because it is such a large country on an aggregate basis, they consume the most coffee. However, on a per person basis, it’s actually only under 3 kilograms (about 6 lbs) how it’s measured globally, and that puts Americans into 17th place globally. Pretty much on par with their lovely neighbor Canada.

There are lots of other situations that the Scandinavian (strictly speaking Finland is not Scandinavian) nations lead the world when it comes to many important things like gender equity, education, income equality and environmental matters. Maybe not surprisingly, it’s not just Finland where they need a lot of coffee amidst all the darkness to make it through the day. Norway, Sweden and Denmark — all of those four countries take the top four stops globally in the world for coffee consumption.

Italy, the country that gave The World Lavazza, illy, espressos, and have all these coffee bars where Starbucks idea came from — they do not even they make it among the top 10.

Starbucks has a very strong brand name, which as I am writing this has a cloud hanging over it. Reuters has suggested that Starbucks used offshore licensing, transfer pricing that routes profits to Switzerland and intra-group funding to reduce their UK profits. To make it simple this resulted they haven’t paid any taxes in the UK for the last three years.

A Starbucks spokeswoman told to Reuters: “We seek to be good taxpayers and to pay our fair share of taxes … We don’t write this tax code; we are obligated to comply with it. And we do.”

Swap Sofas – Travelling with a Low Budget
Scroll to top