Blog - Latest News
You are here: Home / Interview / Ringing in Opera on Tap in Berlin for the First Anniversary

Many of the original EuroCircle members from all the way back in 1999 from NYC recall how much I love Opera. So did Anu Arponen who used to organize fun ballroom lessons for our members with Benito Garcia. In fact I think Anu knows by heart almost all most famous operas. Eline de Kat –   current Déléguée Artistique/Artistic Coordinator @ Opéra de Monte-Carlo – organized some unforgettable after opera events for us. Hundreds of EuroCircle members went to the opera with us.

I just found out that our neighbor’s daughter Sarah lives in Berlin. She is a co-manager (with Anne Byrne) of Opera on Tap Berlin, the first international chapter of Opera on Tap (OOT).  They are producing a full production of Jacques Offenbach’s “The Tales of Hoffmann” in honor of OOT Berlin’s one year anniversary.  The incredibly talented team of singers, with Gidon Saks, an internationally renowned, Grammy award winning opera singer, at the helm as their director.  He will co-direct with Caroline Staunton, assistant director at the Staatsoper in Berlin. 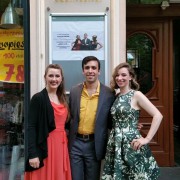 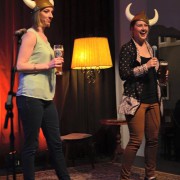 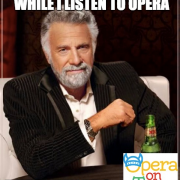 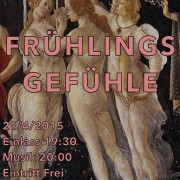 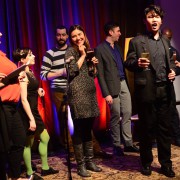 They searched  for something visually striking that would transport the audience to another world as soon as they walked through the door.  The result:  the Delphi, a former silent film theatre from the 1920’s in Berlin.  The Tales of Hoffmann is about the author E.T.A. Hoffmann as he is going through a period of writer’s block tinged with alcoholism.  Perfect fit, isn’t it?

Everything in place.  Now all they need is financial support. Sarah and Anne launched their Kickstarter campaign to get funding. They need to reach €7,500 euros.

The deadline for fundraising is midnight on December 24th to raise all of the money for the project or they do NOT receive any of the pledged donations. Tip: read Gary’s Blog on crowdfunding!
Shall we give them a nice Christmas gift – and help to reach their goal!
Another way to help would be to share the video on your social networks at least in Berlin so they spread the news to as many potential donors as possible.
Here is the link to their video and the page where you can DONATE:
Kickstarter Campaign for Opera on Tap Berlin

What is Opera on Tap

The concept of Opera on Tap (OOT) was born in 2005 at Freddy’s Bar and Backroom in Brooklyn and incorporated in 2007 to promote opera as a viable, living and progressive art form and to support the developing artists who continue to keep the art form alive. What began as a small monthly gathering of ambitious, classically trained singers looking for more performance opportunities, has grown into a producing organization that has gained a loyal audience base and national recognition as an innovative force on the classical music scene. Through its Chapter program, which now has sixteen vibrant national chapters, OOT has created a large network of performers, creators, and supporters.  Opera on Tap (OOT) is a not for profit corporation with 501(c)3 status.  The organization is formed for educational purposes including:
1) Educating the public on culture and the arts
2) Providing support and performance opportunities to young opera singers and classical instrumentalists.

Their mission is to:

Women of Strength by Jodi Swanson, Chicago
Scroll to top