Blog - Latest News
You are here: Home / Interview / Our Osaka Blog – How Does a Finnish Associate Professor of Psycholinguistics... 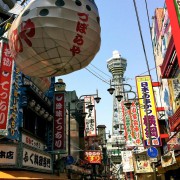 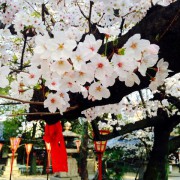 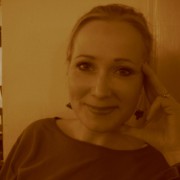 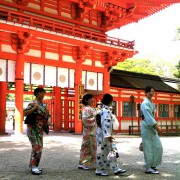 I am an associate professor of Psycholinguistics. I work as the Director of a language teaching and research institute at a University in Osaka, Japan. The institute’s aim is to teach English Language and Linguistics, test innovative methods of foreign language teaching, and conduct research into processes that are involved when children learn their native language and when adult foreign language learners learn their second language.

I am originally from Finland, but before moving to Japan in March 2014 I lived in the UK for 14 years.

Because I have lived a huge chunk of my life in England, I consider England ‘home’ in a very similar way as I consider my native country, Finland, as ‘home’.

My husband is a partner in a law firm in England and thus our lives are currently divided between Japan, England and Finland.

So, where exactly do you live?

In Japan, we live on the 24th floor of an apartment building in Osaka, Japan’s second largest city. Osaka is known as the ‘Kitchen of Japan’. The reason for Osaka’s foodie nickname is down to the huge number of restaurants in the city and it’s inhabitants’ love affair with food.

In England, we live in an old terraced house (built in the 1880s) in the suburbs of the wonderfully bohemian city of Brighton.

Our children and I are based in Osaka whilst my husband travels between England and Japan so that he spends roughly 6 months in both per year. We are very lucky that we have been able to juggle the logistics of our slightly unconventional living arrangements, and it would have been impossible to do it had my husband’s work colleagues not been so supportive about our work and family-life balance.

Did you always want to move to Osaka?

No. We didn’t plan or have a desire to move to Osaka, or even Japan. We loved Brighton and were not actively looking to move anywhere, but then I heard that a university in Osaka was opening a new language institute, and the job sounded interesting. So, out of curiosity really, I applied for the post thinking that I probably wouldn’t get it – but got it. We then found ourselves in a weird situation where we changed our settled life in Brighton for a less settled, but a new and different life in a country with a culture that we knew very little about.

Half of our friends and family saw us moving to Japan as an act of complete insanity and the other half as a definite sign of mid-life crisis – and to be honest, our move to Japan was probably a combination of both of those.

Was it the right decision?

We’ve lived in Japan for a year and a half now and I can say:

Yes, it was the right decision.

What are the reasons for you saying that it was the right decision?

Overall: Japan is a great place to live in: It’s safe and clean; people are extremely polite and helpful; the food is amazing; it’s modern but has a lot of history; it has big cities but also a lot of natural beauty; the culture is very different from Western culture and thus we think that Japan is a fascinating place to live in.

Work-wise: I have been very happy working at my University – the students are enthusiastic and the department is supportive. Although, due to workplace and cultural differences between Japan and Europe, it took me while to figure out how decision-making works in Japanese organizations, and in fact I am still learning how to behave in meetings and other organizational contexts.

Would you ever move back to England?

Yes. And we will. Even though we love Japan, we will not stay in Japan forever. Our home is in England.

What do you miss from England?

I really miss pubs and quirky coffee shops in which I used to regularly meet up with my friends. And of course I miss those friends.

From Finland I miss my family and the couple of friends that I still have back there. I also miss my family’s summer cottage near Mikkeli, and going wild mushroom picking and devouring the creamy mushroom sauce with boiled potatoes afterwards.

What is the funniest experience you have had in Japan?

There have been so many, given that we (still) constantly find ourselves in a bit of a pickle…but one of the most memorable ones was when I went to the hairdressers for the first time and the hairdresser gave me a gown and escorted me to a changing room. There I was standing in the cubicle wondering as to whether I was supposed to strip and wear only the gown for the appointment or not. Luckily I didn’t.

What is the scariest situation you have found yourself in Japan?

Japan is one of the safest countries in the World to live in. You are very unlucky if you experience theft or violence in Japan – even if you walk down the back alleys of big cities on your own at night. And so, the only scary situation we have experienced was when we nearly got arrested for accidently opening a bag of soybeans in a convenience store and my 4-year old eating a couple of pods from it before we had paid for it. In Japan the police can arrest you for 30 days without charging you – it would have been horrific to spend 30 days in jail for some soybeans.

You write a blog. Why?

There are three reasons.

First, I am fascinated by cultural differences and want to understand how people from different cultures see the world, behave and communicate. For instance, why is it not acceptable in some cultures (for women) to show their teeth when laughing and in other cultures you can laugh out loud so hard that your friends can practically count the number of fillings you have got. Or why a 10 second silence in conversation in a first date will make a Brit think that the date was a complete disaster while a date with a 10 minute silence might be perceived as a great success on a Finnish or Japanese date. If these types of cross-cultural differences interest you, my blog might be your cup of tea.

Second, like most expat bloggers, I also want to keep in contact with my family and friends back home, and writing a blog creates a window for them (and anyone interested) in our life in Japan.

Third, in 30 years time when my memories of our time in Japan will not be as fresh and vivid as they are now, I will be able to read my blog posts and chuckle at the situations we found ourselves in.

What do you write about?

My blog is about our experience of life and people in Japan, and the faux pas we make and what awkward situations we find ourselves in because we don’t know the language or the Japanese way to behave. And how peculiar or comical many Japanese (and Finnish and English) people and customs can be to a person who does not know the culture of those countries.

You haven’t told us your name – what is it?

I use the pen name Brightoneagle.

How to connect with you?