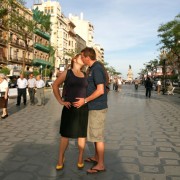 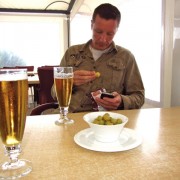 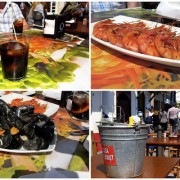 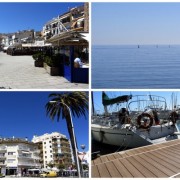 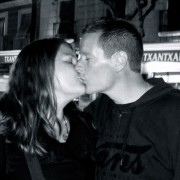 If you’ve ever wondered what it would be like to be living in Spain, but not in the BIG city like Barcelona, you’ll enjoy meeting Kai Langel from Finland. Kai lives with his family in Cambrils (maybe 1 h from Barcelona by car), a small fishing town 20km from Tarragona. Everyone’s story is unique, let’s hear HIS story.

Tell us about yourself – who are you and what would be the short story of your life? (where are you from,nationality/ies, where did you study, how did you come to etc)

I’ve always been a bit of an adventurer and traveler, probably partly because my mother works for Finnair and I’m used to traveling all over the place ever since I was a kid. My father is Spanish and I lived here when I was 2 years old and spent all my holidays in Spain with my grandparents when they were still living here. Spain has always felt like a second home country. However, most of my life I’ve spent in Finland, studying and working. In 2003, I got an opportunity to move into the US and lived around Boston with my family for 5 years or so and then returned to Finland. The plan was to settle down in Finland and let the kids finish their school there, but pretty soon we all realized we don’t really feel like we belong there anymore and didn’t want to commit to buying a house etc if we’re not comfortable.

That’s when we got the idea of moving to Spain and luckily my work at the time allowed be to basically live anywhere in Europe so we just went ahead with that plan very quickly. We didn’t know where in Spain we wanted to be, so we started with a 2,5 week road trip checking out various places. Before we started this, we thought that the Alicante area would be ideal, but when we visited, we didn’t like it that much. The whole Costa del Sol was a major turn off and we wanted as far away as possible from the expat communities. In the end, we liked Tarragona most and it was a good balance between being close to the rest of Europe and the right size of a city for us. However, when we moved in July/August, we couldn’t find a place to live and ended up in Cambrils, a small fishing town 20km from Tarragona and after initial disappointment, we’re now extremely happy with the choice. It’s quiet, but still close enough to everything to have good services etc. (note: 2013 they have 2 teenage kids and 5 furry “friends” at home)

What is THE thing about Spain captivates you the most?

Probably the outdoors lifestyle, compared to Finland or even Boston, we now spent so much more time outdoors.

Do you think living in Spain has in any way enhanced your work experience?

Yes / No. I work from home, so I miss some of the social interaction I’m used to previously, but I don’t have to deal with commute, sitting in traffic, etc, which leaves me more time and flexibility to do stuff I like. I also see my family much more than I used to. However, I could not see myself working in a typical Spanish job with siestas and long hours extending late into the evening. I have a good balance with work.

If someone asked you what I should NOT miss while in Spain (this area), what would reply?

Around Costa Dorada, I would advise visitors to go to the mountains nearby. The whole places changes totally when you go 2 km inland and becomes much more authentic. The mountains have rugged beauty that is hard to describe and visiting the small rural villages give you much more insight into the real lives of the Catalan people.

What do you do in Barcelona when you feel like you just want to chill out?

Because I work from home, I often get a little crazy inside the house and need to escape and see some people. For this, visiting one of the local tapas bars works well and this is a Friday tradition. During the weekends, I usually go trail running in the mountains, which is a great way to decompress. I also spend a lot of time at the sea, kayaking, SCUBA diving and swimming.

Anything truly memorable that has happened to you since you have lived in Spain?

Can’t really name any single one thing. There are lots of small ones, like discovering new foods, nature, language, way of life, etc. I’d say the whole experience has been truly memorable.

What really annoys you about Spain – or maybe nothing does?

Of course. Perhaps the customer service in some places, like having to deal with the phone companies. It seems that a lot of the employees don’t really care much about the customers and they’re there just to work. Sometimes the laid back attitude is great, but when you need to get things done, it’s not. Finns are often used to efficiency and things just often don’t work that way. Also the way banks are set up, you often have to deal with the manager at a specific branch where you have your account, whereas in Finland you could just do all that online. It’s nice to get personal service, but it’s not very efficient. Also, it’s surprising how much the individuals can affect things, we’ve had very different experiences dealing with two different managers at the same bank. With one, it was impossible to do anything and with the other one things went really smoothly.
Also, the high tourist season gets pretty annoying with increased traffic and too many people. That’s the time when we sometimes can’t find a table at our favourite restaurant. The very high season lasts surprisingly short time, basically only July and August and after that things get more pleasant and the off season is very quiet and we can almost have the whole place for ourselves. It’s a good balance too to have different tourist seasons, it’s also refreshing to see the crowds come in and the whole place becoming more lively after the quiet time.

Do you have a favorite local restaurants and why?

Yes, we have a couple of long-time favorites. One of them is a very busy Basque tapas bar, which is great as they have a good selection of wines by the glass and lots of different tapas which are good value. This is my standard place to go socialize on Friday’s when I’m half-crazy after having worked home all week. The other favourite place is a restaurant, where the owners know us well and we always get a bit of special service and they also have a good selection of different foods. This is where we often take our visitors as they have food that will suit most tastes.

Do you see there are benefits for someone from abroad to come to Spain for a few years?

Yes, there are many things that are very different and it will show a different perspective to life. For most people here, enjoying life is the first priority and other stuff comes second. Family is also very important. These are good values and I feel that many people would benefit from being reminded about this and not only focus on efficiency and performance.

What do you think about the cost of living in other countries vs Spain and the standard of life and life style?

Compared to Finland, almost everything is cheaper. The only things that might be more expensive are mobile phone and Internet expenses. Eating and drinking out is more affordable and people do it a lot more than in Finland. Standard of living is quite good, but some things like public schools are more basic than in Finland and for example, don’t offer free meals for students. Lifestyle is certainly different, people spend a lot of time out of the house and together with the family. Many people have meals together with their parents / grandparents almost every weekend and are much less independent than in Finland. Of course with the lower cost of things, that also means that salaries are also quite low and taxes are surprisingly high.

What do you miss most in Spain from other countries..,

Being a Finn, I miss the sauna and good Finnish rye bread.

In your opinion what is the best time to visit Spain?

September – November. Also the spring is great, from about April to June. I would avoid July and August, it’s too expensive, crowded and hot. The wintertime has some magical days with +20 degrees and sunshine, which means you can eat out in a t-shirt, but you’ll have to be a bit lucky to be here on the right day.

It’s quite easy to move here, because the costs are so low, so I encourage everyone to do it. It was very clear to us that we want to try to integrate into the country so we intentionally avoided the expat circles. We expected it to be far easier to learn the language and really get integrated, but it has turned out to be quite difficult. Part of it has to do with working from home, but also the Spanish / Catalan people are actually surprisingly private and it can take a long time to make friends with them and feel like you belong here. It’s probably much easier in bigger cities with lots of expats like Barcelona, where most people speak English and where there are many people in the same situation as you. In Cambrils, we’re the only Finns and almost the only expats too.

My wife’s blog in Finnish: espanjanauringonalla.blogspot.com

If you visit the blog, you’ll find a million pictures about us / from here.

I think this describes Langel family well: “Twenty years from now you will be more disappointed by the things that you didn’t do than by the ones you did do. So throw off the bowlines. Sail away from the safe harbor. Catch the trade winds in your sails. Explore. Dream. Discover.” Mark Twain

“TARRAGONA , located in the northeastern corner of the Iberian Peninsula, is Catalonia’s southernmost capital city.
Thanks to the temperate climate, with an average yearly temperature of 18ºC (25ºC in summer, 12ºC in winter), the clean, sweeping beaches with their fine, golden sand and the singular artistic and architectural patrimony, officially declared a World Heritage Site by the UNESCO, Tarragona is one of the most important tourism hubs in Europe.
Well-connected to Europe and the rest of the Iberian peninsula, it offers easy access to two airports: the first in Reus, just 7 kilometres away, and the second in Barcelona, 82 kilometres away. It also has direct rail links to all major Spanish and European capitals.
What’s more, the city is home to one of the busiest commercial ports in the Mediterranean, as well as Port Tarraco, a stopover for luxury cruise ships.
Tarragona also marks the junction of two major Spanish motorways, the Mediterranean Motorway, which runs from Alicante to France and the rest of Europe, and the Northern Motorway, which begins in Tarragona and runs through to the Basque Country.” Quote from Tarragona’s official tourism site.