Join EuroCircle and BU Center for the Study of Europe on Wednesday, November 6, for a reading and conversation with Polish author Grażyna Plebanek and a celebration of the publication by New Europe Books of Illegal Liasons (Nielegalne związki, 2010).

A literary sensation in Poland where it sold 27,000 copies, Illegal Liasons is Plebanek’s first novel to be translated into English.

Plebanek is also the author of the highly acclaimed and bestselling novels Pudełko ze szpilkami (‘Box of Stilettos’, 2002), Dziewczyny z Portofino (‘Girls from Portofino’, 2005) and Przystupa (‘A Girl Called Przystupa’, 2007). In 2011 she was awarded the Literary Prize Zlote Sowy for her contribution to promoting Poland abroad. Plebanek is among a group of international artists whose portraits will be exhibited in Brussels Gare del’Ouest for the next 10 years. She lives in Brussels, Belgium.

This event takes place as part of our “European Voices” series – an ongoing series of conversations with artists and writers, activists and intellectuals exploring questions at the intersection of politics and culture. Co-sponsored by the literary journal AGNI. Funded in part by the European Commission Delegation in Washington DC.

“A passionate novel of unstoppable physical obsession amongst a group of Brussels eurocrats, Illegal Liaisons offers a fascinating insight into the first Polish generation that is truly ‘free’, but struggle to know where the boundaries of that freedom lie.”–Stork Press 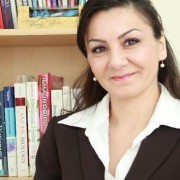 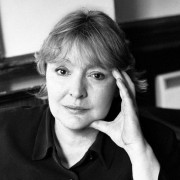