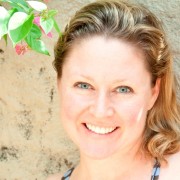 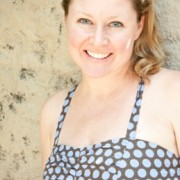 I wanted to feature another lovely member from EuroCircle Barcelona. She is from the USA originally – and learned Spanish while living in Barcelona.

Cristina, can you briefly introduce yourself please (name, country, where do you live, what you do/have done/studied)? ?

My name is Cristina Slattery and I am American. I having been living in Barcelona for the past five years. I have taught English and worked at a publishing start-up while I have lived in Spain. (I have also studied Spanish.)

Why did you move to Barcelona – any other foreign cities you have lived? I think I heard you speak fluent French in addition to Spanish…

I moved to Barcelona in 2007 for a relationship and to experience a new city. Although I am no longer in that relationship, I stayed in Barcelona and I have enjoyed the experience of living and working in the city. (I do speak French; however, I have never lived in France – I learned French in high school and I have distant relatives in France that I have spent time with while on vacation.)

What do you enjoy most about Barcelona, now when you have more experience, how’s the quality of life compared to the USA given the economy in Spain?

I am actually considering moving back to the U.S., so I hope I don’t negatively influence any readers! The quality of life in Barcelona is great because people do take their vacations seriously. In the U.S., I am familiar with several ways of life – as a student, as a corporate worker, and as a teacher. My “lifestyle” differed in these periods of my life and I think that the times one struggles really make one appreciate the moments when this is not part of life. Finally, the economic recession in the U.S. cannot be compared to the one in Spain as there are jobs for educated and talented young people and in Spain there is a sense of loss of a generation that does not exist in the U.S.

Usually there are some negatives, what are the ones for Barcelona that really stand out for you personally? What do you miss most about home?

When I moved to Barcelona I only knew one other person, so the sense of being a foreigner was very strong, but exciting as well. I enjoyed learning the language and getting to understand the culture – a new world opened up. As far as what I missed from home, my family members and knowledge of “how things worked” were probably what I missed the most.

Did you feel Barcelona is a good place for you as an entrepreneur/freelancer right now? Are there any areas expats like you might like in Spain better than in the USA in your opinion (entrepreneurs? Freelancers?) WHY?

I think Barcelona is a very difficult place for an entrepreneur and for a freelancer. I am sure some people are doing well in the current environment; however, I don’t think that most people are doing as well as they might like in terms of their financial goals.

What are the best places/suburbs to live in Barcelona in your opinion?

I think it depends on whether or not you have a family and what you like best in terms of your environment. I have lived in the center of the city – the Eixample – and I really enjoyed it and I have also lived a little bit further from the center and found it to be great as well since there is more of a neighborhood feeling in the areas that surround the center of the city. I also think that towns such as Sitges, Vilanova i Geltru and Sant Cugat would be great places to live, especially for families. (By the way, here is an article I wrote about Barcelona’s neighborhoods for Singapore Airlines. See: http://www.silverkris.com/destinations/international/streetscapes-barcelona)

I am writing you from the U.S., actually! I have not been going out that much either in Barcelona or New York; however, I plan to do more of that in the future. As for hobbies, I love reading and running, racquet sports and I like to try to ski at least once during the winter, if possible.

What’s the cost of living compared to USA? What is cheap or expensive in particular?

Gas (Petrol) is more expensive in Spain. Wine is cheaper. Sometimes cultural events are less expensive in Europe, which I like.

What are the locals like compared to for example people on the East Coast – do you notice any difference?

The locals are very different than people from the East Coast of the U.S. People in shops tend to talk to customers more and might say things that seem overly familiar to some Americans. (One example is a shopkeeper telling me I had lost weight – this kind of comment, even if it is positive, isn’t usually something that people who work in stores in the U.S. will say to their customers unless they know them very well.) In a sense, the interactions are warmer and there are fewer barriers although I think social barriers still exist in Barcelona!

Did you think it is easy meeting people and making friends in Barcelona?

I think it has been relatively easy to meet expats although meeting local residents can be a bit trickier. I have taught private English classes for some families and, in this way, I have gotten to know people who have lived in Barcelona for generations.

What’s the economic climate like in Barcelona/Spain, how would you compare it to the USA? Why?

I think that the U.S. has a lot of problems, but Spain seems to have even more economic problems. I don’t sense that these macro-level problems will be resolved anytime soon – in either case! However, this doesn’t mean that individuals and certain businesses cannot thrive. Companies need to find new markets outside of Spain.

I don’t think there is too much of a difference in terms of hygiene other than that medicine is less expensive at the pharmacies. In terms of clothing, Barcelona is more relaxed than New York; however, this is just a comparison of two cities.

Did you have any misconceptions about Barcelona that have turned out to be super wrong….or vice versa, you thought something will be great and it is exactly the other way around??

I always compare cities to New York, so the fact that Barcelona is very different from New York was at the forefront of my mind. (I enjoy the differences!) Also, I noticed that residents of the city can be almost haughty in terms of how much they love it – New Yorkers are the same way! This pride is a positive attribute as it means that despite the fact that Spain is going through a serious economic crisis, the residents of the city will continue to work creatively to solve problems.

What are your favorite restaurants/bars/food in Barcelona (WHY) – and socially/workwise – what kind of networks do you attend to connect with people for business/personal life?

I have been very lucky in that I have gone to some great restaurants in Barcelona. I love the restaurants of the Tragaluz Group and I have really enjoyed Carles Abellan’s restaurants. I also like to have a coffee and a sandwich with cheese at a local bar. Finally, I have attended Eurocircle events and I have also gone to some other networking groups such as the American Society of Barcelona’s cocktail parties.

Is there any other advice you would like to offer new expat arrivals at Barcelona?

I think that each person has their own period of integration into the society. As I didn’t speak Spanish when I moved to Barcelona, it took me longer to integrate. I still feel like I am a bit of an “outsider” although one of the great aspects of the city is that it absorbs outsiders!