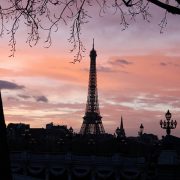 How Nathalie got started

My name is Nathalie Neville.

Originally from Paris France, I grew up in the city and had a very typical French upbringing. I come from a family of 4 children, 1 older brother and 2 younger sisters.

My father was a business man and my mother a home maker.  My dad was also the president of the Paris Chamber of commerce.  My mom  was and still is an incredible cook!! So I grew up eating AMAZING foods!

I went to Catholic schools and took the subway and bus at a very young age. I went to night clubs starting at the age of 13 and started modeling at the age of 15. I spent most of my summers in either Normandy or the South of France. Most my relatives all lived in Paris.

I came to the US for the first time during the summer of 1979 at the age of 13 to improve my English and stayed with some American friends of my parents in Long Island, New York. They had 2 teenage daughters who introduced me to the American teenage lifestyle. They taught me how to make grilled cheese sandwiches and how to put make up on.

On July 4th I went to New York City with the 2 teenage daughters. I experienced eating my first hot dog from a street cart and simply fell in love with New York City!!! It was bigger than life and intimidating at the same time. New York during that time was dirty and a little scary but I loved that edginess. I loved how busy the streets were and how tall the buildings were. I knew that I would eventually move to the Big City!!

Detour in Texas ends back to New York City

After High school, I moved to the US and did an exchange program for a year in Victoria,Texas.

I wanted to improve my English so that I would be able to attend college in the US. Texas was a very different experience for me . However, I enjoyed meeting many people who were all entertained by me.

The local newspaper even wrote an article about me. I was teaching French in a local high school while also getting an American High school diploma.
After a year, I moved to New York City where I did some modeling and attended NYU (New York University). 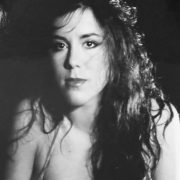 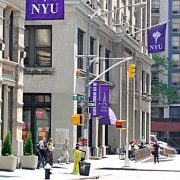 At the age of 22 I moved to Atlanta and met an English guy whom I married.  We  had 4 children together. I raised my 4 children while teaching French part time and painting.

In 2008 I decided to open a women’s clothing boutique carrying European designers and some California made clothing as well. Opening my store the week the market crashed was probably not a good idea.

Somehow I managed to open 4 locations and finally closed all 4 stores the summer of 2015. I decided that I had lived in Atlanta for too long and because I had a daughter who moved to LA and a son moving to Colorado, I thought that I should move out West!! I went and visited Portland because a friend of mine lived in Bend OR and had always told me I would really like Oregon.

The new chapter in her life starts in Portland

I fell in love with Portland and the beauty of the State. 6 months later – I was moving there with my new husband. My ex-husband still lives in Atlanta and runs an English Pub. I now work for a women’s non-profit helping American Women who are living overseas and experiencing either domestic violence or sexual assault

Marcus Räder, CEO of HostAway.com: “Toronto is the right place for u...
Scroll to top