The creative team of Kalevala the Musical has launched a promotional video and two music videos to give us a little preview of what to expect from an upcoming musical production inspired by the Finnish National Epic – The Kalevala. An initiative started by a Finnish-origin singer-songwriter Johanna Telander was  inspired by the 100th anniversary of Finland to celebrate and popularize an iconic story that has inspired many through generations.

Kalevala the Musical is a story of ancient legends told by the spirits of the haunted forest of Kalevala. The musical is adapted from the national epic poem of Finland, The Kalevala. 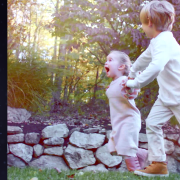 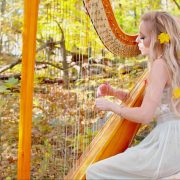 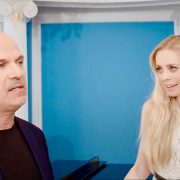 Published for the first time in a book of poetry by Elias Lonnrot in 1835, The Kalevala is widely cherished and has been a source of inspiration to many fantasy authors including J.R.R. Tolkien’s Lord of The Rings.  The story has been set to an ethereal yet powerful pop, folk and world music score written by Johanna Telander. The production got started in 2017 as an idea to celebrate the 100th Anniversary of the Republic of Finland.
Since then the production has grown to an unimaginable size and ignited interested from around the world and one of Broadway’s biggest producers and production companies. “Despite the worldwide niche fan base, this
cultural treasure has been mainly composed of people predisposed to like myth and folklore. Our musical’s goal has been to build up a movement where Kalevala is a pop culture staple in its own right. So far, we’ve
heard from people reaching as far as the Philippines, Australia, and New Zealand, many asking for potential tour dates. This is both encouraging and motivating, to see this renewed excitement build up across the world
through the music,” commented Telander.

A native of Finland, the globetrotter, and mother-of-two who resides in the Greater New York City area, Telander took on crafting The Kalevala into a musical theatre experience as a labor of love. “This is a project
carrying great personal meaning for me. My grandmother gave me her collection of poems, which had been her great aunt’s. I want these stories to inspire my children’s generation, and gain their rightful place right alongside
the Grimm Brothers and the Ancient Greek Myths. The time is now for The Kalevala story to stand on its own internationally,” said Telander. 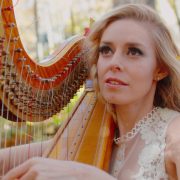 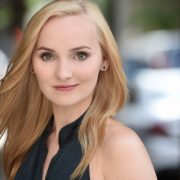 Telander’s Kalevala the Musical is gaining momentum in the theatrical community. An Equity staged reading is in the works for New York, workshop event for San Francisco in September, and due to popular demand, a
second concert will take place in Helsinki, Finland, on April 28, 2019. “I truly believe that culture with its traditions, values, and artistic treasures is something that connects people all over the world. Kalevala is a fantasy story that teaches the younger generation the value found in history when taking on one’s own struggles in life, and reminds the older generation to find strength in their roots and to stay true to themselves, while applying this wisdom to navigating a changing world,” said co-producer/cast member, Kristi Roosmaa, who is a well-known actress-singer in her native Estonia, and known as the first Estonian musical theatre singer to perform at Carnegie Hall.

Although based on Finnish Folklore, the imaginative story is set in a fantasy world, providing a magical space to showcase cultural diversity and tell a story of humankind. The diverse cast from a variety of countries, such
as the US, Finland, Estonia, Israel, and Japan, is a reflection of the collaborative effort made to tell the story to an international audience. “Within the past few weeks alone, we’ve seen immense growth in media interest and
online visits. Across our music videos and social media platforms, we’ve reached millions and received close to 100,000 views online. The most excitement has come from people in Finland, neighboring Estonia, and the US,
where people might have heard about Kalevala, or grew up with these stories, but would love to find a new way to pass this story onto the new generation,” commented the creative marketing director Valev Laube. 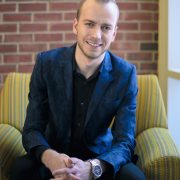 EUROCIRCLE TEAM NOTE:
Kristi and Valev have graciously hosted some EuroCircle events – and Kristi has performed at our anniversary events in the past. We love featuring our multitalented and interesting members.