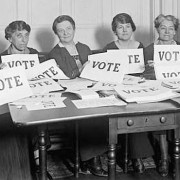 International Women’s Day is celebrated in several countries around the world. During that day women are recognized for their achievements without regard to divisions – whether national, ethnic, linguistic, cultural, economic or political. It makes many of us to look back on past struggles and accomplishments. However, it is more important to look ahead to the untapped potential and opportunities for women.

International Women’s Year – 1975 marks the year when the United Nations began celebrating International Women’s Day on 8 March. The General Assembly adopted in late 1977 a resolution proclaiming a United Nations Day for Women’s Rights and International Peace to be observed on any day of the year by Member States, in accordance with their historical and national traditions. By doing that, the UN General Assembly recognized the role of women in peace efforts and development. They also urged an end to discrimination and an increase of support for women’s full and equal participation.

It has been agreed that International Women’s Day started emerging from the activities of labor movements at the turn of the twentieth century in North America and across Europe.

The first National Woman’s Day was observed in the United States on 28 February. The Socialist Party of America designated this day in honor of the 1908 garment workers’ strike in New York. That is when women actually dared to protest against deplorable working conditions. New York City always had issues at that time – and supposedly still does especially with illegal immigrants having terrible working conditions.

The Socialist International, meeting in Copenhagen, established a Women’s Day (international in character), to honor the movement for women’s rights and to build support for achieving universal suffrage for women. It was greeted with unanimous approval by the conference of over 100 women from 17 countries. I might mention that it included the first three women elected to the Finnish Parliament. The women were allowed to vote in Finland in 1906 if I recall correctly my country’s history. No fixed date was selected for the observance.

As a result of the Copenhagen initiative, International Women’s Day was marked for the first time (19 March) in Austria, Denmark, Germany and Switzerland, where more than one million women and men attended rallies. The woman also demanded rights to work, to vocational training and to an end to discrimination on the job.

Russian women again chose to protest and strike for ‘Bread and Peace’ on the last Sunday in February (which fell on 8 March on the Gregorian calendar). Four days later, the Czar abdicated and the provisional Government granted women the right to vote.

The growing international women’s movement, which has been strengthened by four global United Nations women’s conferences, has helped make the commemoration a rallying point to build support for women’s rights and participation. International Women’s Day is a time to reflect on progress made, to call for change. It is also a day to celebrate acts of courage and determination by ordinary women. Those women have played an extraordinary role in the history of their countries and communities.

The Charter of the United Nations, signed in 1945, was the first international agreement to affirm the principle of equality between women and men. The UN helped and is helping create a legacy of internationally-agreed strategies, standards, programs and goals to advance the status of women worldwide.

The UN and its agencies promote the participation of women as equal partners with men in achieving sustainable development, peace, security, and full respect for human rights. The empowerment of women continues is one of the central features of the UN’s efforts to address social, economic and political challenges across the globe.
2000 and beyond

The Insider’s Guide to Vietnam –...