I asked Liubov to tell us about her running, I used to like to run while I live in NYC for a while. 3-4 times a week I ran twice around the Reservoir in Central Park. I lived on Upper West Side on West 88th Street so that was so close by. I lost weight even if I did not try to lose weight. A few years later I developed asthma and now running or even quick walking is sometimes hard for me. I start coughing and none of the inhalers seem to work. I miss it. Liubov looks great – and very healthy. Sigh….I am a bit jealous. I recall feeling powerful. 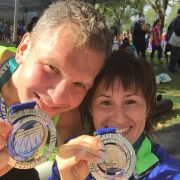 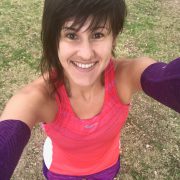 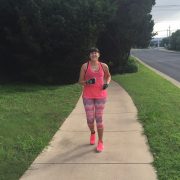 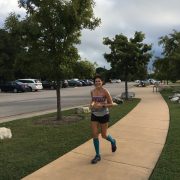 There are so many opinions about running: some may love some may hate. I am the one who had a journey from hate to love. You may be wondering how Ukrainian girl ended up training for 42 kilometers (26.2 miles) in Austin, Texas, so let me tell you my story.

WHY IS RUNNING NOT MY THING

“Running is the greatest metaphor for life, because you get out of it what you put into it.”
— Oprah Winfrey

If someone told me I would be running one day I wouldn’t believe it. Starting from the school age I used to hate running with all my fibers. All the school running tests ended up for me with a big failure. I could barely run 500 meters. I had that terrible side pain, known as “side stitch” and a metallic taste in my mouth every time I tried to run. While I was studying at University – and later – I had several attempts to start running but it didn’t work for me. So I decided that running is not “my thing”.

MOVING TO THE USA

About couple years ago my husband and I moved to US. My husband started running and encouraged me to run as well but I didn’t want because I was afraid of feeling again that side pain and metallic taste in my mouth. But my husband was quietly persistent. He just explained to me how I should start running and what I am doing wrong. Also running was very beneficial for me because I was overweight and wanted to lose some weight.

I decided to start doing something unreal for me at the moment. I bought my first running shoes at Texas Running Company. The idea was to motivate myself in some way that I would stick to the running at least for some time because I bought 120 dollars running shoes. I knew it would be very tough but I wanted to give it a try. I chose the most simple training plan for the beginners. The main idea was to get used to run. The plan consisted from 8 weeks. I had to run 3 days a week starting with 20 minutes very-very slow run, almost in a walking pace. Each week I had to add 2 or 3 minutes of running time in order to run 40 minutes by the end of 8th week. My pace was about 13:30-14:00 min/mile. But the pace wasn’t important at the time. I was so happy be able to run my first 5K distance even at that slow pace. At least I could run. So at the end of that training plan I was starting feeling a pleasure from running, which was very funny and weird for me.
Once I finished my first training plan I decided to set another goal: to improve my pace. My next training plan had not just easy run trainings but intervals as well (short intense run with recovery time). With intervals came back that terrible side pain and metallic taste in the mouth. Intervals were pretty tough for me. But this time I decided not to give up and continue my training anyway.

Now when I could run somehow I wanted to try something new and more challenging for me so I went for 10K training and chose Endomondo Premium training plan. I experienced easy nice training and terribly hard ones like intervals. Sometimes I woke up in a good mood, sometimes in a very bad one but I kept pushing myself. I finished my Cap10K in 1:01:55. So what’s next, you may think?

Half-marathon preparation took about 5 months. It was not that easy to train in Texas weather though it kept me challenging. That distance is very serious and needs great dedication and hard work. I trained 4 times a week with different types I finished half-marathon in 1:58:22. It is quiet a good time for the person who started running 15 months before.

No way I can stop challenging myself. After half-marathon I decided to try a full marathon even though it really scared me. My training plan is 23 weeks. Full marathon is no joke, it takes more training time. This time I have to run 5 time per week. Trainings can be from 40 minutes to 3 hours 30 minutes. For some medical reasons I had to stop training for little bit more than 2 weeks. That was hard and weird not to run but I couldn’t and wasn’t allowed to. Once I was cleared by doctor I came back to my training but with a slower pace. During about 2-3 weeks I felt alive again. Running helped my speedy recovery. Few weeks ago I ran two half marathon – River Road Half Marathon in New Braunfels (1:47:58) and 3M Half Marathon here in Austin (1:45:46). Now I’m 2 weeks away from my first full marathon (26.2 miles). My predicted marathon time is 4 hours. I am so excited and worried at the same time but I know, I can do it.

I am a runner and I am so proud to be one. I run in rain, frost, fog, wind, heat, freeze and I love it! I can’t say it easy, sometimes it’s really hard. But I am unstoppable because I am a runner. Now I know that everyone can learn to run.

There are so much more challenges ahead and many goals to reach. Dream big! Set goals. Move towards them! 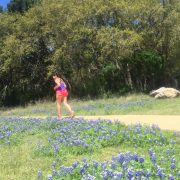