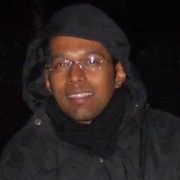 About Eldrich Rebello, our writer

Indian passport, grown up in the Arabian Gulf, graduated in India, now in Finland. Loves snow, sauna, football and Formula 1. It’s been a long ride, but it has been a lot of fun. Nicknamed ‘fish’ I’d like to include one of my favourite lines from any book ‘So long and thanks for all the fish!’ (The Hitchhikers Guide to the Galaxy, D. Adams).Finland as a foreigner

Finland is not among the countries that you associate with the term globalization. With a national population equal to that of a medium sized Indian city, spread over an area slightly larger than Vietnam, you don’t expect to run into a lot of people as go along in ‘Suomi’, as the Finns call it. Yet, when you do manage to hunt down those elusive Finns, you get a taste of that pure, northern world that Finns have made their own. After living through the dreary Finnish autumn and the cold winter, in the bright summer, I can now say that I have some understanding of the Finnish way of life.

Stereotypes are often a fun place to start learning about a culture but they must be taken with a pinch of salt: you cannot generalize and several of them are often untrue. Take a look at content on the internet and you see images of a Finland as a frozen wonderland, where Santa and his reindeer roam and the average Finn stumbles through life drunk on Koskenkorva while hunting reindeer. Well, Santa does live in Finland, the winter is cold, especially if you come from a bit further away from the Arctic Circle and alcohol is part of the culture. What isn’t true is that it’s always -100C, all year long. Yes, the winter is cold and dark but it can be a lot of fun too! Ask a Finn how to raise your spirits on a cold winter’s day. Yes, people do drink, but not everyone is drunk all the time. Yet, when alcohol is part of the celebration, things are like they are in any other part of the world.

Finns riding reindeer to work while fighting polar bears is as common a sight as Australians riding a kangaroo while wrestling alligators. Apart from stereotypes and jokes, there are many aspects of Finnish culture that have to be enjoyed. The sauna usually comes as a physical and cultural shock to outsiders, mainly because of the nudity and the sudden temperature changes. Going to a sauna with your clothes on is considered rude and it most certainly will feel strange be sitting in a steamy room with buck naked men and women. After a hot sauna, Finns like to take a dip. No matter if the temperature outside is -25 and the lake is frozen over. Solution: drill a hole and get on with it. Finnish ‘sisu‘, that’s what they call it (perseverance).

Since I’m in Helsinki as a student, the student culture is what I’ve experienced the most. Being brown-skinned and black-haired among tall and mostly blond people can make you stick out and, that can be used to your advantage to chat up random people. The one thing that hits you instantly about Finnish students is that they are very interested in the world and parts of it that they have never been to. They love to hear about the Monsoon & the Shamal; they love to hear about your part of the world as much as they love telling you about theirs. And they love to see you try and speak Finnish. It is a complex language, and it’s not one that you hear a lot outside of Finland, but it can be learned and can be a lot of fun. It is true that small talk is not big in Finland. If you start talking about the weather, expect to be talking about global weather systems and the influence of Siberian winds on the temperature in Finland. I’m not joking. If you want proof of this, listen to any of Kimi Raikkonen’s press conferences: short and to the point. Aside from learning, students have an amazing culture that tries to include all students, irrespective of background.

The world associates university students with parties, drinking and sleeping during the day. Finland’s students take that a step further by wearing overalls and student caps. If you have no idea what a student cap is, it can be loosely described as a sailor’s cap, but with much more significance attached to it. The same goes for the overalls. I’ve been told that these ‘traditions’ and ‘fun’ have been limited to the technology students but are now widespread. One example of a these traditions, an annual prank (jäynä) that I recently witnessed, involved changing all the Aalto University logos on campus (basically a capital A, followed by assorted punctuation marks) back to the original TKK (Teknillinen korkeakoulu) ones. Harmless, but a good laugh. It’s also well known that Finland has one of the most relaxed dress codes in the developed world. No one would notice if their professor started lecturing while dressed as an Angry Bird. And, you really can get away with all sorts of fashion faux-pas here. I’ve seen people wearing kilts, monkey suits, horse heads and their birthday suits, all walk down the street, while the rest of Finland walks by, without flinching.

Many aspects of Finnish culture are enjoyable but one point that most agree on is the honesty of Finns. Exams are monitored, but you are expected not to cheat. You can trust the government with your tax money and you are expected not to abuse public property. You can leave your wallet by the side of the road with your contact details and €500 inside and rest assured you will get all if it back, including the €500. The world knows that you can set your watch by the Swiss trains. What it doesn’t know is that you can set your watch down to the millisecond with a Finn. 5’o clock is exactly that: 17 00. Maybe that’s why all event invites use the 24-hour system, so you can’t arrive at 2AM for a party that started at 2PM!

Finland is something that has to be experienced. There is no way that a bunch of words can match the experience of a sauna or the warmth of a home-cooked Finnish meal on a snowy winter’s day. Finland is not just the theme of a Monty Python song, but something that leaves you that much wiser about the world and it’s many ways.