Happy 2009!
If meeting new people, having fun, and bustin’ a move on the dance floor is part of your “to-do” list for 2009, then join us for our first event of the year at Flatwater!

Even though it’ll be a tad cold to enjoy the outdoor patio, it’ll be plenty warm and cozy on the inside! Come early for complimentary appetizers from 9 to 10, $7 cocktails and $5 beers- and let’s pretend it’s July instead of January!

Join us for the second installment of EuroLounge- our bi-monthly networking night at Swirl Wine Bar. We are pleased to host this event with www.HispanicPro.com- a networking/social organization for hispanic professionals in the Chicago area.

That means we’ll be celebrating all things Latin- so don’t miss out on meeting lots of great new people, enjoying some complimentary appetizers from 7 to 8 and tasting some great wines!

Here at EC Chicago, we’re kind of partial to November and to the sign of the Scorpion in particular, so join us for a Scorpio birthday celebration!

If you’re a Scorpio, it’s free admission! (you must show ID, of course, and your birthday must be between October 23 and November 21st)

And of course, we’ll have DJ’s Greg Bauer and John Curley providing the tunes- till 4 am!!!

We look forward to seeing you there!
EuroCircle Private Event

$10 BEFORE midnight
$20 thereafter- get there early!

Please join us for our next EuroLounge Thursday for a celebration of all things Greek! We are excited to join forces with www.DailyFrappe.com, an interactive Greek news website started here in Chicago and the Hellenic Professional Society of Illinois (www.HPSI.com)

We’ll be starting the evening with a COMPLIMENTARY wine tasting featuring Spiropoulos Meliasto Rose from Domaine Spiropoulos from 7 to 8 pm and appetizers! Also featuring $7 glasses of wine thereafter.

We are also excited to have DJ Con joining us for the evening with some Greek tunes that will warm us up- Greek style!

It doesn’t matter if you’ve been naughty or nice, because we think everyone in EC are good boys and girls- and a little naughtiness is never a bad thing!

So please join us in spreading some holiday cheer at our annual holiday mingle and jingle as we say good-bye to 2008 and get some help in the mingling department from our good friends Santa and Hanukkah Harry (!)

And this is our first event at Spoon- it’s super cozy and we’ll be featuring complimentary appetizers from 8 to 9 along with some special holiday drinks!

Also featuring DJ’s John and Greg on the decks

Don’t be a Scrooge- we look forward to seeing you there!

Please join us for our next Thursday EuroLounge hosted by Chicago Turks!
We are looking forward to a great night of Turkish music, mingling, and of course, dancing!

Come between 7 to 8 pm for complimentary appetizers- we’ll also be featuring a special selection of $7 wines alll evening long.

Featuring Murat Bashelvaci on the decks with the Turkish Tunes

Over the years never has EuroCircle or Boom Boom Room -2 Chicago club party institutions- ever thrown a New Years Eve Party…til now!
And what better way to ring in the New Years than taking it back home to the place where it all began – Red Dog Nightclub – now known as Ohm. So join us for this rare history-making event that celebrates both our past, present and future – the countdown begins NOW!

Featuring the very best EuroBeats and House Music Chicago has to offer:

We are starting the year with our Euro House party at Midtown Loft and Terrace.

$45 at the door with RSVP – allows you FULL OPEN BAR ALL NIGHT
$55 without RSVP
CASH at the door!

Come and have fun with us at this georgeous Private Penthouse Loft and Terrace. Enjoy our music as well as the breath taking view of Manhattan Skyline.

We’ll be rocking the house from 10pm till 4am in the morning.

Any questions, please send to Gokhan (Jack) at medcircle(at)eurocircle.com 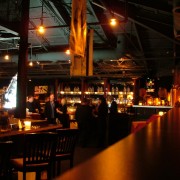 Our next EuroCircle event will tale place on Thursday, October 9th instead of our traditional first Tuesday of the month. It will be held at East Andrews Cafe & Bar. Start time will be 7:00 PM and we will have our usual appetizers as well as $2 Champagne and $3 Apple Martini’s.

Look forward to seeing everyone there.