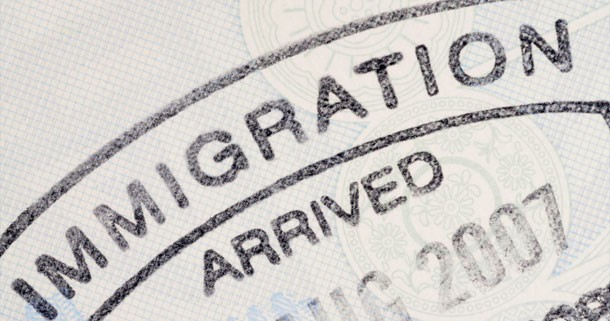 While both sides debate the issue vigorously, we can challenge ourselves to imagine American business culture without immigrants.

The Partnership for a New American Economy sponsored a report titled “The ‘New American’ Fortune 500” in June of 2011. At the time, the co-chairs were Steve Ballmer, Michael Bloomberg, Julian Castro, Bill Marriott, and others. They were interested in understanding the impact immigrants have had on the Fortune 500 businesses that provide Americans with jobs and other opportunities.

What do you think found?

What did the report conclude?

“America’s economy has always profited from the steady influx of foreign-born talent. But in the new 21st-century global economy, we must do more to welcome the next generation of entrepreneurs, as opportunities improve around the world and competing countries roll out the red carpet. For years, America has loomed largest in the minds of the most enterprising individuals around the world. But as the global marketplace evolves, we cannot count on remaining their top choice. Budding entrepreneurs from new powerhouses like China and India see ever-better business environments back home. Countries like the U.K., Canada, and Australia are taking bold steps to draw ambitious, talented people to their shores. Meanwhile, the American immigration system continues to raise barriers to these individuals, driving away the bright foreign students who attend our universities and keeping out the aspiring businesspeople who would otherwise come here.”

Maybe it gives all of us something to think about – whether we are are immigrants ourselves or not.

Want to read the entire report, here is the link: http://www.renewoureconomy.org/sites/all/themes/pnae/img/new-american-fortune-500-june-2011.pdf