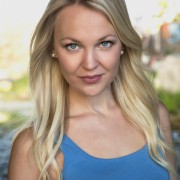 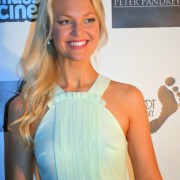 I’m a Finnish actress, born in Jyvaskyla, Finland and currently based in New York City. Acting has been my passion since I was 9 years old. I graduated from NYFA’s Acting for Film in May 2015 and immediately began working.  I initially launched my career as an actress and model in film, television and theater, landing various roles and projects.

How did you end up in New York City of all places?

In order to pursue my dreams, I decided to relocate to New York. NYC has a prominent film industry in addition to LA; therefore, it had the perfect foundation to build my acting career. I’ve always wanted to experience the atmosphere of this city and the film industry is on fire in New York, there are tons of productions and filming at the moment. Busy filming and production means there’s plenty of work, which was a great reason to relocate here.

I make my living here doing what I love, working as a full time actress.  This is definitely not the easiest career choice, it takes perseverance and dedication. I’ve worked extremely hard since I graduated, and that is beginning to pay off.  I’ve attended numerous auditions and castings, and not getting callbacks is part of the industry. My perseverance started showing results and I was cast in commercials for brands like Baileys and Christian Dior. The highlight of my career so far is landing my first leading role in an independent feature drama, written and directed by an American author John Reed. I was also cast in NBC’s crime drama TV series “The Blacklist” and I’m part of a fun reality production premiering on WE tv this spring.

Do you see the differences between nationalities easily – yours vs. Americans vs. other Europeans?

Yes definitely! As us Finns know, we aren’t one to handle the culture of small talk so well, however, I got used to it pretty quickly but still might be the quietest person in the room (laugh). Americans might feel uncomfortable about silent moments so they try to fill them up quickly, but for Finns it’s completely natural to be quiet for a long time. Also, the networking culture here is so much bigger than in Finland. Especially in this industry, it’s a lot about who you know. That requires great social skills, courage, and the ability to create contacts.

There’s no such thing as a typical day in my schedule in New York. My days vary – I might be onset at the crack of dawn till late evening or running around the city in auditions, castings and meetings. The working days are extremely long, one day at a film shoot can last from 10-17 hours.

What are the best things in New York City? Is there anything that drives you crazy?

I love New York City, it’s the center of art and culture where everything is possible. Everyday you’ll meet different, interesting people from all around the world and explore amazing cultural events, food and beautiful scenery. One of my favorite things is to walk on the cute neighborhoods of SoHo or West Village and sit at cozy cafes.

Sometimes the city can be extremely crowded, which can make me feel anxious at times. Also the freezing wind might feel unbearable in the winter – even though I’m from Finland I still don’t like the coldness (laugh).

What do you absolutely miss from your Finland?

The nature, space and the fresh air. Living in the concrete jungle makes me miss the forests, lakes and our summerhouse. Luckily I have relatives in upstate NY so I can escape the traffic and insane crowds there. I also miss the fresh Finnish food, salmiakki (salty liquorice), and of course my family and friends.

To continue doing what I love – acting, to grow as an actress and have a successful, international career. I would also love to travel around the world and explore interesting places and meet diverse people. The ultimate ideal life would be to have homes on the East and West Coast, while still being able to visit Finland often.

Would you move back to Finland fulltime –why and why not?

I love Finland and it’ll always be my home country, but for now, I have more working opportunities and ability to grow an international career here in the U.S. I love to visit Finland as often as I can.

How to connect with Sini: