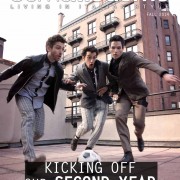 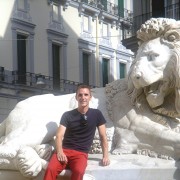 Franceso, please tell us about yourself?

My family and I are from an island in the Bay of Naples (Italy), which is called Ischia (pronounced eess key ya). Often referred to as the “Emerald Island,” Ischia is situated next to the island of Capri. Interestingly, after being DNA tested our family dates back thousands of years to the Arabs of Yemen and the Phoenicians (current day Lebanon).

How long have you been a member and involved in EuroCircle?

I have been involved with EuroCircle since the spring of this year (2014).

Uomo Moderno, which means ‘modern man’ in Italian, is the first and only men’s fashion and lifestyle magazine that features exclusively “contemporary Italy,” covering Italy’s fashion, décor, music, sports, cuisine, travel, and more. The magazine is designed to teach the true essence of living in style as it uses modern-day Italy as an example—hence the complete title and tagline Uomo Moderno, Living in Italian Style.

A combination of factors motivated me to launch this new adventure. Over the years I had been deeply saddened by Italy’s economic collapse, which prevented me from establishing a lasting career in the country. Secondly, the misconceptions and stereotypes of Italy (especially Italian Americans) greatly discouraged me. Finally, the prevalent lack of style among men in the United States stirred me to decisive action!

How long have you been involved in the fashion industry?

I have been increasingly involved in the fashion industry for over 20 years.

What has been the best thing you have done so far in your career?

Before I entered the world of fashion, I was working in international development. I spent 15 years in underdeveloped countries, improving education systems, fighting for human rights and democracy, and launching small businesses for young people.

What makes Italy so special?

What time of year is the best to visit Italy and what are the must see places when visiting there?

Generally speaking, the best times to visit Italy are early spring and early autumn. There are so many amazing destinations in Italy that deciding on where to go and what to see really depends on the personal interests of the visitor.

What places do you like best in NYC and why: any favorite cafes, restaurants?

I love the smaller neighborhoods and back streets of New York, as well as the tiny cafes and restaurants that are tucked away within them. Each time I visit, I try to explore another area of the city.

How can people get in touch with you?

People can write to me, Francesco, at info (at) uomo-moderno (dot) com. They can also check out the website at www.uomo-moderno.com.