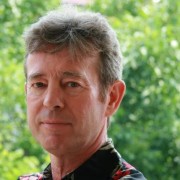 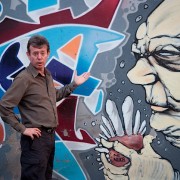 Who Is Marc Guillet – and what does Marc do/where?

I am an all round and passionate reporter and publicist with 30+ years of experience in Muslim countries (specializing in Turkey and Iran) and the United States. Since 2006 I live in Istanbul where I cover major news events, as well as economic, social, political and religious trends in Turkey. When I’m not busy with working for the media I give presentations on the Turkish economy, politics, business culture and social media.

At what age did you know that you wanted to be a reporter/journalist?

From a very young age, I was interested in news. Especially in politics at home and abroad. I remember when president John F. Kennedy was assassinated. I was ten then. And the day that Martin Luther King, Jr. was gunned down at the Lorraine Motel in Memphis, Tennessee on April 4, 1968. I wrote a paper in English in high school ‘When Black Power meets non-violence’. I read as many newspapers as I could get and was always busy with the news when my peers were doing other stuff. I was an activist as well and protested against the war in Vietnam and against the human rights abuses in Iran during the regime of the Shah. As a student I helped writing pamphlets and brochures. And I wrote letters to the editor of newspapers and op-ed pieces about Iran. I went to Tehran in July 1979, just after the Islamic Revolution, and worked there as a freelance reporter for a couple of weeks. I was still a student at the University of Amsterdam. I studied political science, international relations and modern history of the Middle East. After graduation from university I got a job as copy editor in 1982 at the foreign desk of the Dutch national news agency ANP, where I stayed for 5 years. In 1987 I joined the foreign desk of Algemeen Dagblad, a national newspaper in the Netherlands. From 1999 – 2006 I was posted as a full time correspondent in New York, covering the USA, and visited all 50 states. Since the Summer of 2006 I’m based as an independent reporter in Istanbul (Turkey).

What has been the most exciting story that you’ve covered during your career?

Reporting on the terrorist attacks of 9/11 and their aftermath. I was an eyewitness of an event that changed history. I was only two blocks away when the second of the Twin Towers collapsed. And I interviewed a lot of people – relatives of victims, rescue workers, and many others – who were affected by this traumatic event. In the weeks before the first anniversary of 9/11 A colleague and I wrote a series of stories on other traumatic events in the recent history of the United States since World War II. The first story was about the surprise military strike conducted by Japan against the United States naval base at Pearl Harbor, Hawaii, on December 7, 1941.

Is there any particular story, an award or a moment throughout your career that you are proud of?

Absolutely, the publishing of my book ‘Exotic America’ (2006) – unfortunately in Dutch only – about aftermath of hurricane Katrina, 9/11, drilling for oil in Alaska, prom nights, gun control, abortion, death penalty, racism, gays, evangelicals, illegal immigration, the war on drugs, prison rodeos, square dancing with tractors and roller girls. One reviewer compared my book with ‘Notes from a Big Country’, or as it was released in the United States, ‘I’m a Stranger Here Myself’, by American writer Bill Bryson.o

What would you say is the biggest misconception that people have about your profession?

That journalists should be completely objective. Number one that is impossible, because reporters are human beings too, so they have their political views, they like and hate certain things, people or developments. The way editors and reporters select news stories is subjective as well. The New York Times has another selection of what is news and another way of writing about issues than The Wall Street Journal. Professional reporters want their stories to be interesting, balanced, informative, accurate, and compelling. Not all journalists have to strive for objectivity. Op-ed writers and columnists have the freedom to write biased, subjective pieces. Probably more people love to read those biased pieces, so they can write or make their own comments about them.

What do you enjoy most about doing what you do?

Meeting all different kinds of people and visiting all kinds of places are the best part of my profession. As a reporter I want to tell their stories. To get to know them, to find out what drives them. I’m not an office tiger but a stray dog in the way I report. My best stories are always about people I met

What have you found to be the biggest difference between the types of stories you covered in your own country, and the ones you currently report on in Istanbul?

Not much difference. I have always been working at a foreign desk, so reporting on foreign news was what I have been doing as a reporter all my life, also when I was based in the Netherlands.

Are there any stories that you hate to cover?

Stories about most celebrities, not all of them though. I wrote with pleasure about Bob Dylan in my book, about Louis Armstrong, Bruce Springsteen and others.

Do you ever get into disagreements /fights with other reporters, news teams or the governments?

Not all authorities like what I write. And I sometimes disagree with colleagues about their selection of news or presentation of news items in the paper.

What advice would you give to other aspiring journalists and reporters aiming for the stars in Muslim countries?

Just be professional and passionate about what you do and you will have success in any country..

What and who captivate you in the world of the Muslim countries– and why?

The story of what Egyptians call the October War and Israelis the Yom Kippur War of 1973. I wanted to know all about it, about the background, about the history of the Israelis and the Palestinians. It captivated me and was the reason why I started to study political science and the modern history of the Middle East. It is still one of the main stories of our time with new developments like the Arab Spring and the civil war in Syria. Fascinating to observe how citizens in Muslim countries try to develop democracy while struggling with autocratic regimes.

Since you are Dutch – must ask what do you miss most from the Netherlands – think you ever return to live back there? And how is the Dutch community in Turkey….

Long trips on my bicycle I miss most in Istanbul and my family of course. When I retire, 4 years from now, we want to move close to the Netherlands, to the city of Gent in Belgium. Then I want to go back to my roots, spend more time with family and friends and enjoy life. We have a couple of thousand of Dutchies in Turkey. I organize a networking event in Istanbul once a month for them as NLBorrels Istanbul.

What do you see the best about the Turkish culture/people vs. Dutch (or American)?

Dutch and American are very direct, straight, honest. People in Turkey prefer to be more polite, diplomatic when they discuss things with a client or a colleague.

The U.S. and the Netherlands are a ‘sorry’ culture. You admit a mistake and say sorry.

Turkey is an ‘honor and shame’ culture. Respect is very important. Most Turks try to avoid to admit a mistake, they prefer to blame something or somebody else, because if they admit a mistake their honor is damaged.
I love the friendship and hospitality in Turkey. And I admire the ambition and positive ‘can do’ mentality of the Americans and the Turks.

I wrote a booklet with four self-guided walks tours in Istanbul. Two on the European and two on the Asian side of the Bosporus.
You will find them here on my website www.enjoy-istanbul.com/walking-2/strolling-through-istanbul-with-my-book/

The self-guided walks don’t cover any of the touristic highlights, but show expats and foreign tourists ‘my’ Istanbul. I will show you Istanbul like a local.