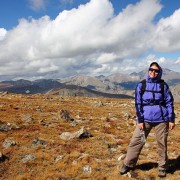 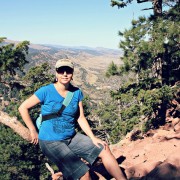 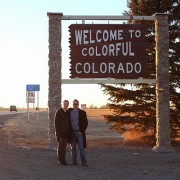 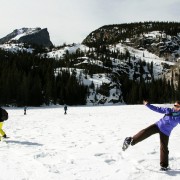 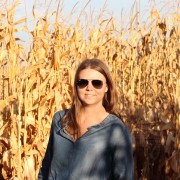 Boulder, Colorado is supposed to be one of the nicest cities in the USA to live in especially if you like outdoor activities and are in technology. When I found out Jenni Stenman lived there I promptly asked her to tell her own words about her life and a bit about Boulder.

Can you tell us a little about yourself?

I’m Jenni, originally from Helsinki, Finland, but now living in Boulder, Colorado, USA, with my spouse. We met in technical university and now both work in IT.

When and how did you decide to move to Colorado? Is it complicated to settle down there?

My spouse moved here in the beginning of 2014, and I have spent most of my holidays here since. I moved here quite recently in May 2015, but so far it’s been a fantastic experience with no trouble setting down – if you don’t count the US immigration procedures, which are not easy for anyone. Of course it helped that I had already had my “other home” here for more than a year and that this wasn’t the first time living in the US.

Have you ever lived abroad before? How many countries have you visited?

Before Colorado, I spent two years working in Luxembourg, which was preceded by 9 months in Georgia, USA. Earlier, I have studied a semester abroad in Czech Republic. So far, I’ve visited 45 countries – and 39 US states!

Colorado’s outdoors are fantastic: the Rocky Mountains are right at our doorstep! Thanks to this, the atmosphere here is also very outdoorsy, with city residents often discussing the best camping spots, most beautiful hikes or their experiences climbing 4000m+ mountains. In how many big cities with over a million residents do people have the chance to go to the mountains every weekend? Couple this with a laid-back restaurant and microbrewery scene and 300 days of sunshine a year, and I’ve fallen in love.

How is/was the cultural shock? What are the main differences with Finland, your home country?

I spent a couple years in the US also as a child, so culture shock even when we moved to Georgia was pretty mild. There, I was sometimes annoyed or even shocked by car-centric culture, harsh political views so unlike ones in Europe, unhealthy living habits (like huge portion sizes) and a general lack of knowledge or even interest towards the rest of the world. In Colorado or at least in Boulder, I feel many of these points are not an issue, and we’ve sometimes joked with our European neighbors that we live in the most European city in the US.

Do you miss anything from Finland or Europe?

I miss family and friends the most and reconsider my decision to move abroad every time I miss a wedding, birthday, or some other milestone in their lives. From Europe, I sometimes miss multiculturalism, the buzz of languages and international mindset. And then there’s of course the food: Carelian pies, cheap French cheeses, rye bread… the latest “oh I so miss that” was when I saw a photo of liver casserole!

Any ‘memories of an expat’ you would like to share with us? Your best souvenir? Or maybe your worst experience?

My best souvenirs are friendships from all over the world. Especially Luxembourg was great for this, because more than half of the residents in Luxembourg City are immigrants or expats – which means I now have friends from all over Europe. Keeping in touch with people after moving away is the hard part, but thankfully with Whatsapp, Skype and Facebook, it’s easier now than 20 years ago.

Do you blog? For what reasons?

I write a travel blog, globecalledhome.net (or in Finnish, globecalledhome.fi), where I also talk about my experiences living abroad. I started them as a way to communicate with friends and family back home, but they’ve since evolved into so much more, and I now blog more professionally.

Which advice would you give to the other EC members who would like to settle in Colorado?

Go for it! There’s a popular bumper sticker here I often see on cars: Not a native, but got here as fast as I could. Most of the people I meet are transplants – either from some other state in the US or from abroad – united by similar lifestyles and a laid-back-but-progressive view of the world, and this has had a big influence on why this state has transformed into what it is at the moment. Just be prepared that the Front Range (Denver – Boulder – Fort Collins) is so popular that housing prices have risen much higher here than in many other parts of the country.