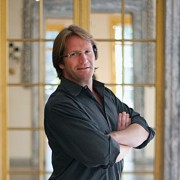 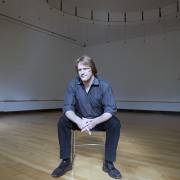 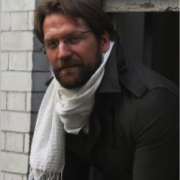 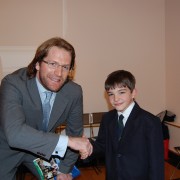 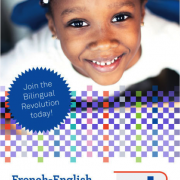 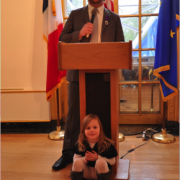 Meet Fabrice Jaumont, the Education Attache to the French Embassy, whose passion for education and relations between the US and France has won numerous achievements for his work! He also runs an online community call New York in French NewYorkinFrench.

A native of Valenciennes, France, I moved to the Big Apple in 2001 to become the French Embassy’s Education Attache in New York. My work at the Embassy has focused on fostering educational cooperation between France and the United States, campaigning for the study of the French language in the United States, and providing training and resources to school teachers. I have given talks and presentations on the French language, the French educational system, French culture and French-speaking communities in the United States and throughout the world. I also founded http://NewYorkinFrench.net an online community which now boasts 10,000 members.

Since 2007 I have helped parents and their children gain access to much needed French-English bilingual education, and together we created several bilingual programs in public schools. I have become an advocate for bilingual education and initiated the French bilingual revolution (a very positive and pacifist one I promise!). With a group of parents and dedicated teachers and school principals we started offering French-English bilingual programs in public schools, first in New York and now in several other cities. We have now graduated our first cohorts of fifth graders and are moving on to bilingual middle and high schools. This work was featured in countless media outlets, particularly for the work done with developing bilingual programs in schools throughout the United States, and in New York in particular. Here are a few examples: NY Times, Nouvel Obs, NY Daily News, Associated Press, Wall Street Journal, Huffington Post, French-Morning, France-Amerique, VDN, etc.

I am trying to raise funds to support this movement. I am learning a lot about fundraising and crowd-funding. I have launched a campaign on Indiegogo as part of a larger fundraising strategy. Take a look at it and spread the word. http://www.indiegogo.com/projects/offer-french-dual-language-education-to-more-nyc-kids

I want to bring the benefits of bilingual education to as many children as possible, including those in under-served areas in New York City. I believe that with more funds readily available I can open new programs in primary and secondary public schools throughout the city. Schools hosting these programs also benefit from the diversity of the population they serve and the diversity of the teaching staff, able to incorporate linguistic and cultural differences into their pedagogy. This model is also rich in cognitive advancement and beneficial to the brain’s executive control functions as illustrated by neuroscience researchers. In April 2013 I organized a conference on the advantages of bilingualism. This conference discussed and explored, via multiple fields and perspectives, the concept of “vivre bilingue” (living bilingually). It shared European and North American perspectives from experts in bilingualism, psychology, psychiatry, linguistics, nutrition, multiculturalism and education on the advantages of living with two languages. You can watch it here.

I am so grateful to have met many people who helped me a lot feeling at home, and with whom I shared part of my journey.

For my work which I call the French bilingual revolution I was included in the 2012 “Top 50 Most Influential French in the United States” by France-Amérique, a French News Magazine published in the United States. I also received the honorific title of Knight in the French Order of Academic Palms in 2013. Here is a link to the speech and ceremony which was organized in my honor at the Embassy of France’s cultural headquarters in New York. It was a great moment which I will cherish forever (Here is a picture taken during my acceptance speech. My daughter decided to sit under the lectern throughout the speech).

I am also proud to have recently become Doctor Jaumont! I defended my dissertation on last November. I graduated from New York University’s Steinhardt School of Education in the Ph.D. program in International Education. My research focused on the role and influence of private foundations, particularly when high impact philanthropy meets education. I have been in the United States since 1997 and, throughout my time here I have encountered many philanthropists and foundations, many of whom invest in education. Coming from France where philanthropy is not very developed and education is still the sole responsibility of the State, I have been intrigued by the role and influence of philanthropy and civil society in the United States. Educational philanthropy became a topic of research for me. At NYU I was fortunate to meet people who were involved with the Partnership for Higher Education in Africa – a consortium of seven of the largest foundations in the country (Ford, Carnegie, MacArthur, Rockefeller, Mellon, Hewlett and Kresge). The foundations spent $400 million in 10 years trying to develop African higher education and modernize African universities in selected countries. I interviewed the program officers who were involved with the Partnership. I chose an institutional lens to look at these foundations’ work, and a mixed method to visualize the mechanism and dynamics of their collaboration. My publications are accessible on my Academia.edu page.

My passions outside of education

I play badminton for Team NYU. I have played badminton for over 25 years. I also became a coach and got my coaching certification for the US Badminton Federation. In 2010 I received the NYU MVP Badminton award.

What are my favorite places in the New York City and why?

I am fortunate to work in front of Central Park (The cultural service of the French Embassy are located in the Upper East Side). In the summer I love eating my lunch in the park. I even host some of my professional meetings there. The park gives me inner peace.

How often do I go back to France and how long have I been in the US?

I go back once a year. It’s not a lot and I miss my family. I have been in the US for almost 17 years.

What are your favorite places to visit in France and where could you recommend our members go if visiting there?

I am a Northerner and strongly recommend Lille and other places in the North. I also recommend my wife’s Normandie which I think is a charming place to visit.

Please provide all of the social media, website and any other way for people to get in touch with you!

My page on New York in French :http://www.newyorkinfrench.net/profile/FabriceJaumont
My Fundraising Campaign on French-American Cultural Exchange :http://www.facecouncil.org/dlp
My Indiegogo Campaign :http://www.indiegogo.com/projects/offer-french-dual-language-education-to-more-nyc-kids
My work at The Cultural Services of the French Embassy :http://frenchlanguage.frenchculture.org
My posts on Twitter : http://frenchlanguage.frenchculture.org
My posts on Facebook :https://www.facebook.com/FrenchEnglishDualLanguageProgramsInNyc