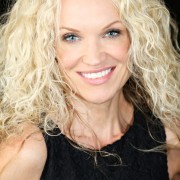 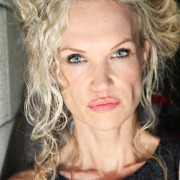 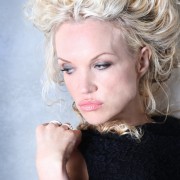 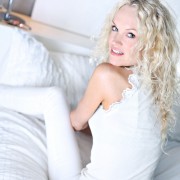 Camilla is a very interesting woman, we really wanted to feature her. She is Camilla – and she likes being herself, she knows who she is and she embraces that. I LOVE that. Being from Finland myself I felt like I know her even if I never met Camilla in person – YET!

Photos by Maurisun Hesse and make-up by Mitzi Druss.

Who is Camilla Rantsen – and what does Camilla do and where?

This is a good question. I ask myself the same thing every day. It’s true. And I usually come to the conclusion after careful consideration that I am this writer/producer/actress (from Denmark) who lives in Los Angeles. I am loyal to the city, but the last few years, not necessarily a neighborhood. I still consider Beachwood Canyon my home – that’s where I became a real Angelino. Last year you’d find me living in Downtown Los Angeles. Simply because it’s the only moment in my lifetime that I will probably see a city grow. DTLA is exploding. I don’t think I could live in Los Angeles if I didn’t have “feelings” about the city. I know a lot of people come out here for “the business”, but I think if you don’t commit to the city and sort of make friends with it, honestly it eats your soul. Or snorts it. And you might not even notice for a very long time. I know I’m talking about a city rather than acting and writing, but I think it’s important that people know that the business and the city are a package deal. In the eternal words of Don Henley – You can check out any time, but you can never leave. And so I didn’t and this is what happened:
I was in London for acting school. I started coming out here. Much to my sheer surprise there were a lot of actors out here. Yes, that’s right. It had never actually occurred to me that film and TV existed. In London, at that time, the only thing that counted for an actor was stage work.

I came out here and I just stayed. It took me a few years to realize that I was actually living here. And then I won my green card. In a green card lottery. Yes, you hate me now, but that’s how it worked for me. The universe conspired and I entered a lottery. I was basically a kid. I was a teenager with no fear and a green card. The worst kind of person.

Acting was first and foremost on my agenda. I did things I can only recommend. Get into an acting class. I took a ton of classes. I can deeply recommend Leigh Kilton Smith and Katt Shea. Katt also got me my SAG card as she was doing a movie for Roger Corman and cast me. Eternally grateful. And now I can go ahead and compare myself to Jack Nicholson who also got his SAG card on a Roger Corman Picture. Right?

Anyway – my career is at best non-linear and strange. I did well as an actor, but it turns out I was at one point a massive self-saboteur and when I got the big job and the magazines, I quit. I think it was a serious case of having no self-esteem. It was not sexy. So…..I started writing. I have always been a writer. Thank God. Steven Daldry optioned the first feature I wrote and that’s what I thought a writing career was. Ahahahahahahah. Cute. But I kept writing and amazing things happened and not so amazing things happened, but more amazing things than not and to sum that up: I have an actual writing career today. I have produced movies, TV, web. I feel so ridiculously grateful that I get to do this. And get paid. Hilarious. I feel so grateful, in fact, that I have recently gone back to acting. I said non-linear.

I am currently finishing the first season that I wrote HOARS – HOME OWNER ASSOCIATION – REGENCY SUPREME. It’s funny. I feel I can say that, as I have amazing producers, directors, actors, cinematographers etc. It’s one of those things that just came together effortlessly and has been such a joy. I have worked on other things and sometimes behind the scenes drama was the diet of the day and it just makes everything harder on everybody.

At what age did you know that you wanted to do what you do now ? What else do you do as it seems you are multitalented?

I knew that I wanted to do before I even knew what it was. Three things pop into my mind when I think about it:
1. That scene in The Godfather when Michael sits by the lake as he hears the shot ringing out. The shot he ordered on his brother. Al Pacino does so little in that scene and you’re in no doubt what is going on with him. That kind of acting is why we care. Why we care about stories, broken people and love. It’s why we get up every day
2. Katherine Helmond as Jessica Tate in SOAP. Brilliant. Comedy is a bitch. It is not for the not funny or the faint at heart. But again. Here is someone who makes it look effortless. Playing someone either not very bright or seriously disturbed in a way so we feel that we know her.
3. Robert Redford. “The way we were”. The end. (Also movie written by Arthur Laurentz who I also worship)
On that note – I am one of those irritatingly creative people. I like to say I dapple, but what I really do is obsess things into existence. I design, I paint, I decorate, I will never not work. I will never not create.

What has been the most exciting “thing” or role that you’ve covered during your career or should we say careers?

Writing wise it might be working with certain producers that just from notes or feedback have taken my work to the next level. This is so exciting for me that I feel nerdy talking about it, but there are a couple of people I can thinking of who managed to say the right thing at the right time and honestly gave me both great feedback and made me fall in love with writing all over again. There is something very powerful and humbling about having someone read you and know what you’re capable of and that is what great producers know how to do.
Getting my comic book published. Being nominated for a HARVEY for my short story graphic novel. I like.
I have done so many things that I am proud of and that I love, but years ago I did a play called Agua Dulce directed by Leigh Kilton Smith where I got to work with the ridiculously talented actors. Best time ever.
I also really love the work I am doing in my new series and that is very much due to the people I get to work with. And I also genuinely really like the people who represent me. I like that.

Getting up when I fall. If you’ve had to do it, you know what I mean. And more power to you.

What would you say is the biggest misconception that people have about your profession/s?

MISCONCEPTIONS: I think that you have to have “made” it by a certain age. That “pretty” can’t be smart. That a “hot” is always dumb. That “kind” is “stupid” That writing is “easy”. That anyone who can speak can write. That if you don’t share the glory you get more for yourself. That success is a finish line. Those are serious misconceptions.

I think it’s very, very important surround yourself with people you love. To connect with your family, friends, great loves, good and bad boyfriends and pets as much as possible. It is, in the end, what inspires us. And I am not just talking about in Facebook. I am talking about in person. In a non-virtual world.

I don’t think I had a previous life. I don’t think artists do. I am currently finishing a show about a doctor. I did so much research that if I was just a smidge more delusional I would think I could practice medicine.

Worst thing about being an actor? Waiting. But there’s a cure for that. Writing.

What have you found to be the biggest difference between doing what you do in Denmark?? And Los Angeles? Just out of curiosity loved to hear something about your experiences anywhere else too.

I had never worked in Denmark until last year. There really isn’t that much of a difference, except Danes take vacations.

What kind of people survive and do well in this field of work in your opinion?

Are there any roles that you would hate to cover?

No. Sure, there are things that would scare me. But that would not stop me. Being a writer or an actor and having to get on the “side” of a character shines a light on your own issues. And who wouldn’t want that? Issues are my best shoes.

What advice would you give to other aspiring European actors/producers/writers aiming for the stars in Hollywood? Or models…

I think it would be like any job you do. Have respect for the profession. Know that you have to be able to walk away from anything. Know that there is a huge difference between success and being a successful person. AND MOSTLY:

DON’T COMPARE YOUR INSIDES TO OTHER PEOPLE’S OUTSIDES!!!

Write that in lipstick on your mirror. I prefer Dior. If you don’t have lipstick, use mustard.