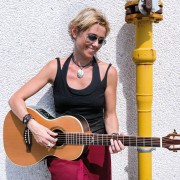 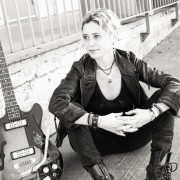 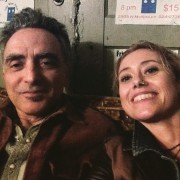 Some of you may recall the story about Giulia Millanta (she is from Firenze – Florence, Italy) and how she moved to Austin. Read Giulia’s Story here

Giulia and Michael Fracasso are great friends. Giulia is inviting all EuroCircle members to join them on Tuesday.

This is no official “EuroCircle” but just maybe a good way to check out a new venue and good European music.

They will trade songs and stories at the Saxon Pub.
Michael will play songs from his newest “Here come the savages” .

An exceptional band will back them up:
– Gabriel Rhodes on guitar
– Dony Wynn on drums and percussion
Special guest: Noelle Hampton on background vocals

Never been there before so I am excited to check it out!

At 6pm there is a free perfomer but for this 8 pm concert there is $8 fee.

Giulia also has a KICKSTARTER campaign to fund her new album:

Opened in 1990, the Saxon has hosted well over 22,000 musical performances.  It has been the location for films, videos and countless live recordings. On any given night you might see a major celebrity from the film or music industry either having a beer or sitting in on stage jamming with the locals.  This award-winning listening room has helped launch the careers of several prominent entertainers.  It is also known for booking some of the greatest music legends around, performing in an intimate atmosphere that Kris Kristofferson likened to “playing in his own living room”.

Whether it’s one of the incredible free weekday happy hour shows, a weekend matinee or a late night performance by the next big thing, join us and find out why we are Austin’s choice for live music!