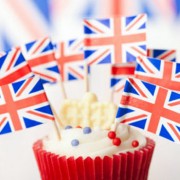 You might think that you come off all charmingly Alan Rickman or Emma Thompson, but don’t think Americans aren’t incensed by bits of your Britishness. If you want to make friends in these parts, avoid the following:” This is how Ruth Margolis, a British freelance journalist who recently swapped east London for Brooklyn – started this article. She writes about TV for Radio Times and is working on her first novel. I am taking the liberty of using it as I love the way she writes for BBC America. The following are the things she says Brits should avoid:

1 Over cooking your vegetables

The authentic British way to prepare edible plants is to immerse them in boiling water for a fortnight. Americans think this is weird and unpleasant, to which I say: “Until you’ve had a carrot disintegrate on your tongue, you haven’t lived.”

Kaisa: this is very true, many Brits really over cook their veggies based on my limited London visits.

When strangers in shops and people I pass on the street make eye contact, nod or say “Hi!” I like to reply with an icy stare or low growl. Lately, I’ve come to understand that this is not the done thing, but I can’t help it because I’m British. I was raised in a land where a sneer is worth a thousand smiles.

Kaisa: so true…Brits know better than anyone how to act standoffish in a very “elegant” way. Unfortunately we Finns appear just standoffish occasionally – and not in an elegant way.

3 Thinking all Americans are flag-wielding fatties with guns

Oh you crazy Yanks with your big guns and trousers that could fit three normal people in each of the legs! However inaccurate, we Brits love to believe this is the blueprint for every American. Understandably, they’re not amused.

Kaisa: yep, they are not amused even if that description is starting to fit way too many Americans as the United States of America has become a land of “obesity” as much as it used to be the land of “opportunity”.

Most Brits would rather undergo weekly colonoscopies than leave a fat stack of bills for their poorly paid waitress. You might think you can get away with leaving skimpy tips but the locals have noticed and now we have a reputation.

Kaisa: ouch…I remind many times Europeans (EuroCircle members) in general to tip, we do not tip in Finland usually so you do not expect to do that. And how the Brits – or anyone from a culture like Finland would know that you must tip hairdressers and pretty much anyone else doing something for you.

The British stiff upper lip is considered a disadvantage over here. By all means, Americans, breakdown and cry – tell us something deep and dark – but do not expect us to reciprocate. But Brits be warned: your silence will only buy you pitying looks and unsolicited therapist referrals.

Kaisa: oh no, I know the feeling. I had a few dates whose criteria for a “normal” relationship was that both parties go to therapy or have done psychoanalysis. At that point I knew I am not qualified. And washing all your dirty laundry in public is not that appealing – and it may embarrass other people which is not cool in many European countries.

6 Believing that Americans have no sense of irony

This myth persists amongst Brits to the irritation of many an irony-literate American. What you will notice is that, on occasion, your new countrymen won’t pick up on our brand of sarcasm. That’s because to the untrained ear, a British person being serious sounds almost exactly the same as one in mocking, sardonic mode.

Kaisa: I think most Europeans would agree with that statement at least to some extent.

7 Having terrible teeth and neglected nails

As any American will tell you, the British suffer from a severe case of hand, foot and mouth. If your teeth look like chipped, moldering tombstones and your fingers are topped with jagged, dirty claws, don’t expect to get many party invites.

Kaisa: the holy grail for American women (at least in NYC) is their nails…you have nail salons everywhere. Let’s just say that I miss NYC in many ways.

8 Not being able to tell a fifty from a five

To us, all dollar bills look alike: greenish oblongs with a dead bloke on one side and a spooky pyramid on the other. Poorly manicured hand on heart, that’s the reason I keep putting down ones instead of twenties at the supermarket.

Kaisa: Ruth, how true until one gets the hang of it…been there, done it.

9 Moaning about missing curry and Marks and Spencer.

Wherever you are in the U.S., there’s wonderful food just waiting to be snaffled, but I guarantee it won’t be a fragrant chicken dansak or a dreamy M&S steak and ale pie. My US friends are sick of hearing about the curry and pie-shaped hole in my life and stomach.

Kaisa: Think most Europeans/expats are guilty of this..at least to some extent! For me it is rye bread, lingonberry, cloudberry..

10 Your lack of interest in health

Doctors are for wimps. Much better to ignore that pulsating lump in your abdomen and go to the pub. This is not the American way. Here, if you’re not having regular swabs, scans or biopsies, you’re doing something wrong, and your American friends won’t hesitate to stick a pin in your bravado.

Kaisa: provocative but I’d say there are more Finns as well who are like this including myself. Many Americans who CAN afford health care are over-medicated and the tens of millions who can not afford health care are not taken care of at all. I have seen statistics that a staggering number of prescribed medications are completely unnecessary…they are given so the patient feels they are taken seriously (placebo affect).